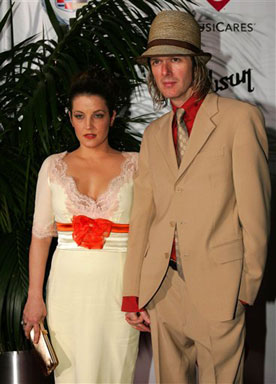 Despite Air Force assurances Friday night that launch of a new Defense Support Program satellite went smoothly, officials now say the $250 million spacecraft is in the wrong orbit, reports CBS News Correspendent Bill Harwood. The problem presumably has to do with its upper stage booster.

If the satellite cannot be salvaged - and it's not yet known whether recovery is possible - the Air Force would be facing its second major launch failure in a row.

"A board of officers has been appointed to conduct an investigation," Lt. Col. Donald Miles, a spokesman for Air Force Space Command, told CBS News Saturday evening.

DSP-19, the latest in a series of infrared beacons that scan the planet for missile launches and nuclear explosions, was boosted into space Friday by a Titan 4B rocket. It was its first flight since a spectacular $1 billion failure last August that destroyed a spy satellite 41 seconds after liftoff. This time around, the shuttle-class booster performed smoothly, releasing the DSP and its solid-fuel Inertial Upper Stage booster into low-Earth orbit about nine minutes after liftoff.

DSP satellites are designed to operate in orbit 22,300 miles above the equator. To get it there, the first stage of the IUS booster puts the satellite into a highly elliptical orbit with a high point, or apogee, near the desired orbit altitude. The second stage then fires several hours later to circularize the orbit.

On Friday, the first stage of the two-stage IUS fired on time at 2:14 p.m. The second stage was scheduled to fire at 7:34 p.m. The flight plan called for the DSP satellite to be released on its own at 7:56 p.m. The satellite was, in fact, released from the IUS second stage. But flight controllers soon realized the satellite was not in the expected circular orbit.

Whether the second stage fired at all or somehow malfunctioned is not yet known. But the otherwise healthy satellite currently is in a highly elliptical orbit and unable to perform its mission.

Flight controllers at the 1st Space Operations Squadron at Shriever Air Force Base in Colorado Springs, Colo., are assessing recovery options but Miles did not know whether the DSP has enough on-board maneuvering fuel to correct its orbit or if that is even an option. While Miles would not speculate, it seems clear the spacecraft is in major trouble and may, in fact, be lost.