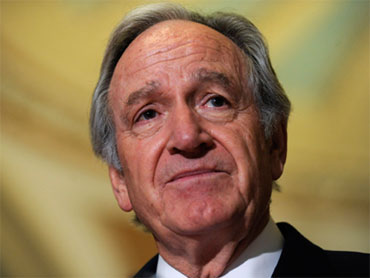 (AP)
In a weekend filled with contradictory messages about the so-called public option from politicians leading the health care debate, one new prominent voice promised that the controversial proposal would be included in a bill passed by Congress.

"Mark my word — I'm the chairman — it's going to have a strong public option," Harkin said his annual Harkin Steak Fry fundraiser, according to the Iowa Independent.

Last week Harkin replaced the late Sen. Ted Kennedy as chair of the HELP Committee, which wrote its own liberal health care bill. The bill passed in the committee with only Democratic support.

"[It] now falls to me to pick up the torch" left by Kennedy, Harkin reportedly said.

Harkin's position stands in contrast to the work continuing in the Senate Finance Committee, the other Senate group responsible for writing health care. Sen. Max Baucus, the leader of that group, released a framework last week of his health care proposals, including a plan to establish nonprofit health care cooperatives instead of a public option. Sen. Olympia Snowe, one of the few Republicans working with Baucus, told Bob Schieffer on CBS' Face the Nation on Sunday that they are not even considering a "trigger" plan, which would have enacted a public option under certain conditions.

Read more about the contradictory positions on the public option in the Hotsheet's Politics Today.

Meanwhile, as the Senate works out its differences, Democratic members of the House are assessing their own willingness to compromise on the public option. The Congressional Progressive Caucus is starting a "whip count" this week to determine how many members will commit to only voting in favor a bill that includes a public option, the Huffington Post reports.