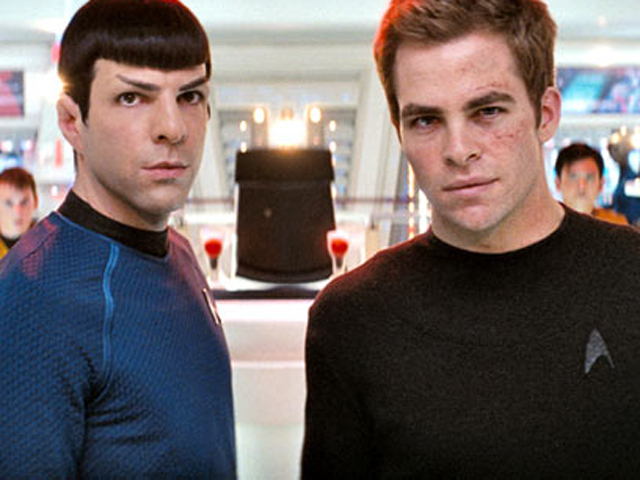 Captain Kirk may not be up for a promotion anytime soon.

The Enterprise commander faces a reprimand from Starfleet brass in the latest trailer for J.J. Abrams' upcoming "Star Trek Into Darkness."

"Do you have any idea what a pain you are?" Admiral Christopher Pike (Bruce Greenwood) asks Chris Pine's Kirk in the new spot. "You think the rules don't apply to you because you disagree with them?"

The film is a sequel to Abrams' 2009 blockbuster "Star Trek" reboot, with Greenwood, Pine and much of the cast from the first film back on board for this latest installment.

While some of the same footage is reused from the first official "Darkness" trailer, a few new scenes have been thrown in with more clues to the identity of the sequel's mysterious villain, played by "Sherlock" star Benedict Cumberbatch.

There has been much speculation over Cumbebatch's role as John Harrison and his as-yet-unknown character history. Some think that Harrison has some sort of a connection to Khan, the villain played by Ricardo Montalban in "Star Trek II" and the 60s TV series.

Another scene from the trailer features the Enterprise totally submerged underwater while encountering a giant sea alien. Watch the video above to see for yourself.

"Star Trek Into Darkness" officially opens in theaters on May 17.

Tell us: Do you look forward to seeing Kirk and crew back on the Enterprise?