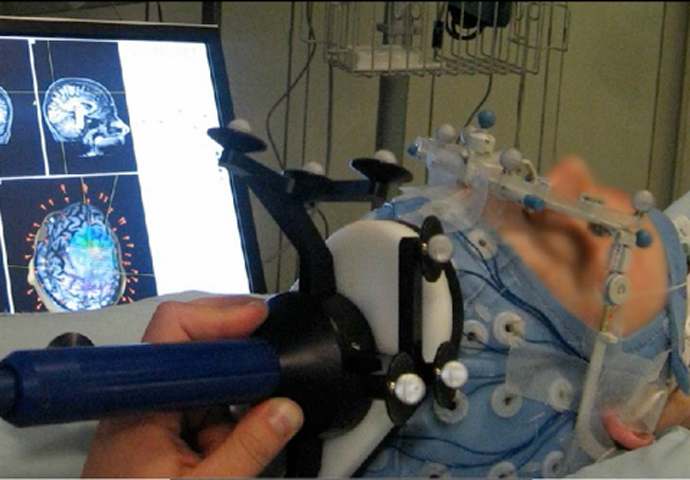 WASHINGTONIf someone has a brain injury, doctors may measure their level of consciousness by their ability to respond to external commands, such as "squeeze my hand" or "open your eyes."

But now, scientists have created a tool to peek inside the brain and measure varying levels of consciousness.

The work, reported Wednesday in Science Translational Medicine, is highly experimental, and not ready for bedside use yet. And if it pans out, a big question is raised on how to use it without raising false hope. No one knows what level of consciousness at a certain point after injury really predicts recovery.

But it offers the hope that one day doctors might track consciousness nearly as easily as they check blood pressure.

"Consciousness can grow and shrink," said Dr. Marcello Massimini, a neurophysiologist at Italy's University of Milan who led the research to quantify just how much that is happening under different circumstances.

It seems obvious -- consciousness fades during deep sleep, and doctors can slip us under with anesthesia. Yet scientists don't have a good way to measure it, especially when the very ill appear to be unconscious. It's important to try to distinguish if patients are at least minimally conscious, and not in a vegetative state, because the sooner there's some sign of awareness, the better the chance of recovery.

Today, doctors check if those patients can do things like blink or move a limb on command, or react to touch or pain. If not, scans of the brain's electrical activity may offer clues. Scientists even have put seemingly unconscious patients inside MRI scanners and told them to imagine throwing a ball. How the brain reacts can indicate if they're aware and just can't show it, what's called locked-in syndrome. But all these tests have drawbacks.

The new work aims for an easier, more objective measure. It's based on the theory that consciousness depends on the complexity of activity in the brain, how well different regions connect and process information. For example, when you're deeply asleep, the neighbor's car alarm may not wake you but your brain still processes that you heard it. When you're wide awake, it also processes how annoying the alarm is and how often it goes off.

Massimini's team combined two well-known medical devices. First, a coil delivers a powerful pulse of magnetism that travels through the skull to stimulate the brain, essentially knocking on it to say "wake up." Then an EEG, which measures brain waves through electrodes attached to the scalp, records the patterns of activity as neurons fire in response.

The final trick: The researchers created a formula to compare the complexity of those resulting brain patterns by "zipping" them, like digital files are compressed so they can be emailed. They called the resulting numerical measurement the PCI, or pertubational complexity index.

The team compared tests from 32 healthy people who were awake, asleep, dreaming or anesthetized, and 20 people with a variety of serious brain injuries. The two patients withlocked-in syndrome clearly were aware, scoring nearly as high as awake and healthy people, they reported. The patients diagnosed as being in a vegetative state had scores as low as people rendered unconscious by the most powerful anesthesia. The minimally conscious were somewhere in-between.

"You're kind of banging on the brain and listening to the echo," Anil Seth, a neuroscientist at the Sackler Centre for Consciousness Science at the University of Sussex in the United Kingdom who was not involved in the study, told Science magazine of the new technology.

The strategy could miss consciousness, so it wouldn't give doctors enough information for end-of-life decisions, researchers caution.

But it's a pioneering study that offers highly promising leads, said Dr. Nicholas Schiff, a professor of neurology and neuroscience at Weill Cornell Medical College in New York, who wasn't part of the project.

If it's ultimately proven to work, the bigger impact could be in helping doctors study whether patients improve when given different treatments, added Dr. Lori Shutter, a brain intensive care specialist at the University of Pittsburgh, who also wasn't involved with Wednesday's work.

But she cautioned that just finding a glimmer of consciousness could mislead families hoping for a miracle long after the possibility for improvement is over.

"This may provide a lot of insight," Shutter said. "The downside is once you prove there's any consciousness, how will a family react?"