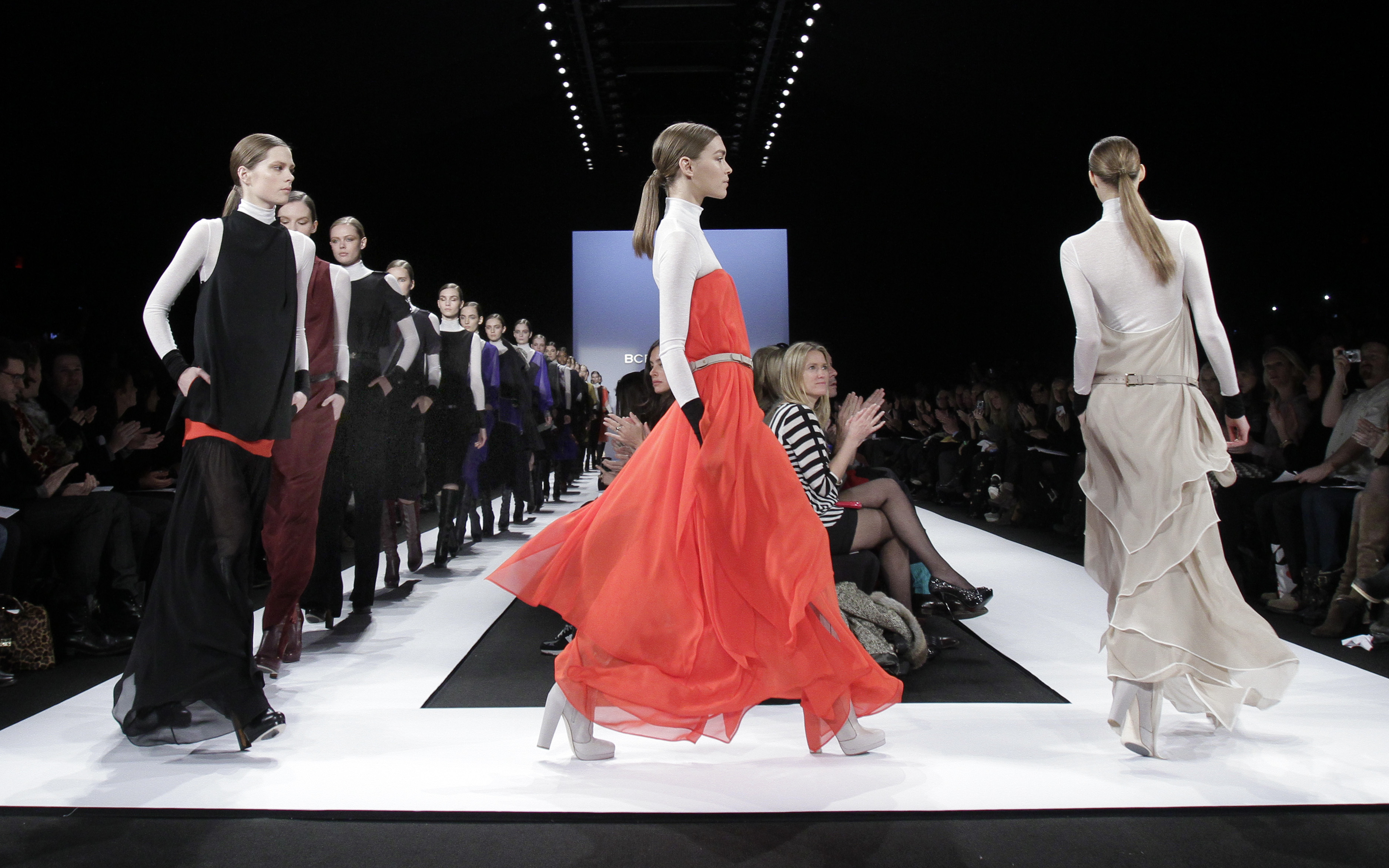 Bold colors, clean lines and a blend of textures were dominant trends to hit the catwalk, seen at Luca Luca, BCBG and Christian Siriano.

Max Azria's BCBG collection balanced bright hues against fall classics like navy and gray. The silhouette was long and fluid, like the opening taupe coat dress and the cherry red shift dress with the plunging neckline. Almost every single outfit was built on a whisper-thin white turtleneck.

In the front row at the Los Angeles-based designer's show were  Jennifer Love Hewitt, Taraji Henson, Kelly Rowland and Ashanti.

At Luca Luca, creative director Raul Melgoza was inspired by "the adventures to be discovered in the deep woods." His color palate was very autumn appropriate with bold shades of orange, olive and fuschia. Models walked in opposing silhouettes of slim, pencil skirts versus exaggerated A-lines. Trousers moved back and forth between skinny and wide-leg.  There was also a lot of  lace, a flowing leaf-print sheath dress and fur coats.

While Siriano presented a collection that was predominately all black, the "Project Runway" champ kept things interesting by mixing fabrics. A cashmere and leather double-lapel coat was worn with a slim knit turtleneck and skinny silk trousers.

The chunky, towering platform shoes with metal embellishment that Siriano created for Payless were a nice contrast to the dramatic ball gowns and cocktail dresses he spit out, albeit a few models exhibited some difficulty walking in them.

Designers Lisa Mayock and Sophie Buhai for Vena Cava, California-raised Jenni Kayne and Japanese designer Tadashi Shoji were among the other labels to have presentations Thursday.

Over the next week, retailers, editors and stylists will receive a preview of more than 100 runway collections in New York, which is the start of the catwalk season that will then move on to London, Milan, Italy, and Paris.