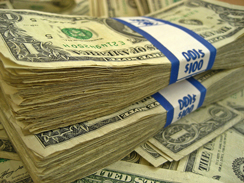 (MoneyWatch) A few weeks ago, the Federal Reserve Bank of New York ran a blog post stating that the very low historically reported municipal bond default figures were, or at least could be, misleading. However, this information doesn't mean you should change your approach to investing in municipal bonds.

Moody's Investors Service has found that its rated municipal bonds defaulted only 71 times from 1970 to 2011, in contrast to the 1,784 defaults in rated corporate bonds. However, the Fed's post then noted that "not all municipal bonds are rated and the market's rated universe only tells part of the story." When unrated bonds are added to the mix, the Fed found that there were 2,521 defaults during the same period. As one might expect, this information alarmed many municipal bond investors who became concerned that the municipal bond market was more risky than they had thought.

As my colleague and Alternative Investments co-author Jared Kizer noted on his blog Multifactor World, the financial media made it seem like the blog's content was actually groundbreaking news, alarming investors. Jared explained: "In reality, anyone who has paid attention to the history of the municipal bond market knows that unrated bonds have defaulted in much greater numbers than rated bonds and the popular studies by Moody's and others typically don't account for unrated bond defaults. Defaults generally tend to occur in riskier revenue bond sectors like industrial development, housing, nursing homes and health care."

There's another important point of which you should be aware. Recovery rates for defaulted municipal bonds have historically been much higher than for corporate bonds. Remember that defaults don't necessarily translate into low recovery rates. For example, the largest municipal default in U.S. history was Orange County, Calif., in 1994, and all bond holders were eventually paid in full. Compared with corporate bonds, the track record for the types of municipals that meet the buying criteria mentioned below is far superior. According to a Fitch Ratings study on default risk, defaults of tax-backed debt and essential-service debt have typically been followed by recoveries of 100 percent. Also, Moody's has noted that the anticipated recovery rate on defaulted general obligation bonds is nearly 100 percent. This was true even during the Great Depression.

The Fed's post does provide the opportunity to remind investors that there are a few important principles to follow to minimize the risks of investing in municipal bonds. The following are two simple guidelines I recommend, as discussed in my book, The Only Guide to a Winning Bond Strategy You'll Ever Need.

Bonds that meet both of these criteria have exceptionally low default and loss rates - a tiny fraction of the rates on similarly-rated corporate bonds. I would also recommend you adopt the following rules.

These rules will help you avoid the temptation to stretch for yield. Remember that the main role of fixed income in the portfolio should be to dampen overall portfolio risk to an acceptable level, allowing you to sleep well. If you want risk in the portfolio, take it on the stock side.

And finally, while municipal bond ratings don't typically experience drops of several credit rating levels at a time, their ratings are subject to change. Thus, you should continuously monitor the credit rating on your bonds so that appropriate action can be taken if there are adverse changes to credit quality. My recommendation is to sell bonds with a rating of A or lower if the maturity is three years or longer and BBB (the lowest investment grade) for shorter maturities.