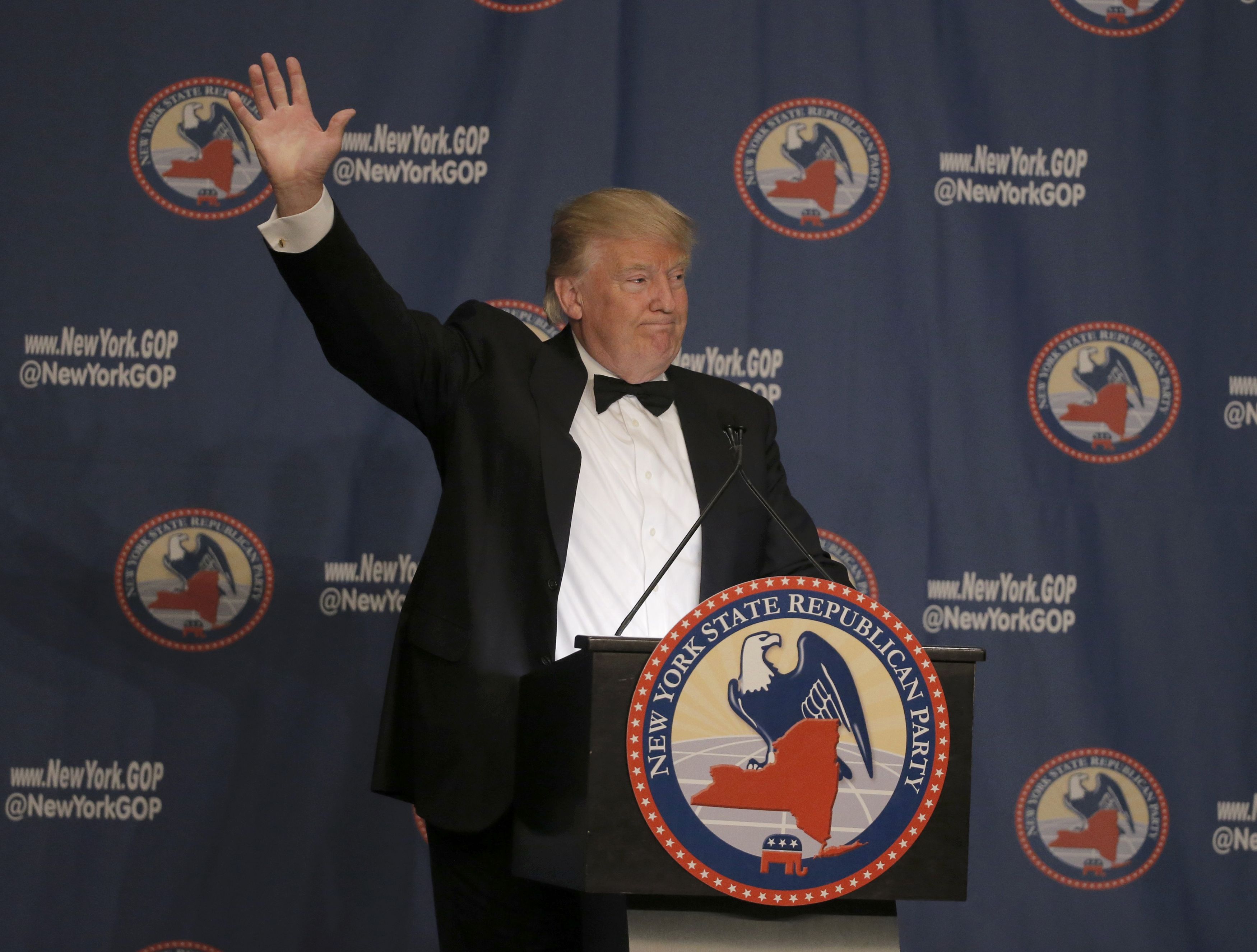 The New York Post endorsed Republican front-runner Donald Trump with an editorial published late Thursday, making it the first major New York newspaper that isn't owned by Trump's son-in-law to back the candidate.

"Trump is now an imperfect messenger carrying a vital message," the Post's editorial board wrote. "But he reflects the best of 'New York values' -- and offers the best hope for all Americans who rightly feel betrayed by the political class."

The board reflected that Trump's appeal is based, not on the candidate's campaign so far, but on his "promise," setting the expectation that Trump will "pivot" not just on issues but on mannerisms.

"The post-pivot Trump needs to be more presidential: better informed on policy, more self-disciplined and less thin-skinned," the editorial read. "Yet the promise is clearly there in the rookie who is, after all, leading the field as the finals near."

Billing him as the state's native son -- "a New Yorker, born and bred" -- the Post, part of the Rupert Murdoch-owned News Corp family, praised his persona of a "plain-talking entrepreneur with outer-borough, common-sense sensibilities."

The editorial also sharply criticized "stale, insider-driven politics" and the "rigged" system that bows down to lobbyists and an "insular political class."

"Trump has electrified the public, drawing millions of new voters to the polls and inspiring people who'd given up on ever again having a candidate who'd fight for them," the Post wrote.

The editorial board admitted to Trump's many flaws as a candidate, calling his language "amateurish, divisive" and "downright coarse," and pointing to his policies on trade, border control, and international defense agreements as reasons for caution. But the tabloid dismissed the "rookie mistakes."

More importantly, the Post concluded, Trump "has the potential -- the skills, the know-how, the values -- to live up to his campaign slogan: to make America great again."