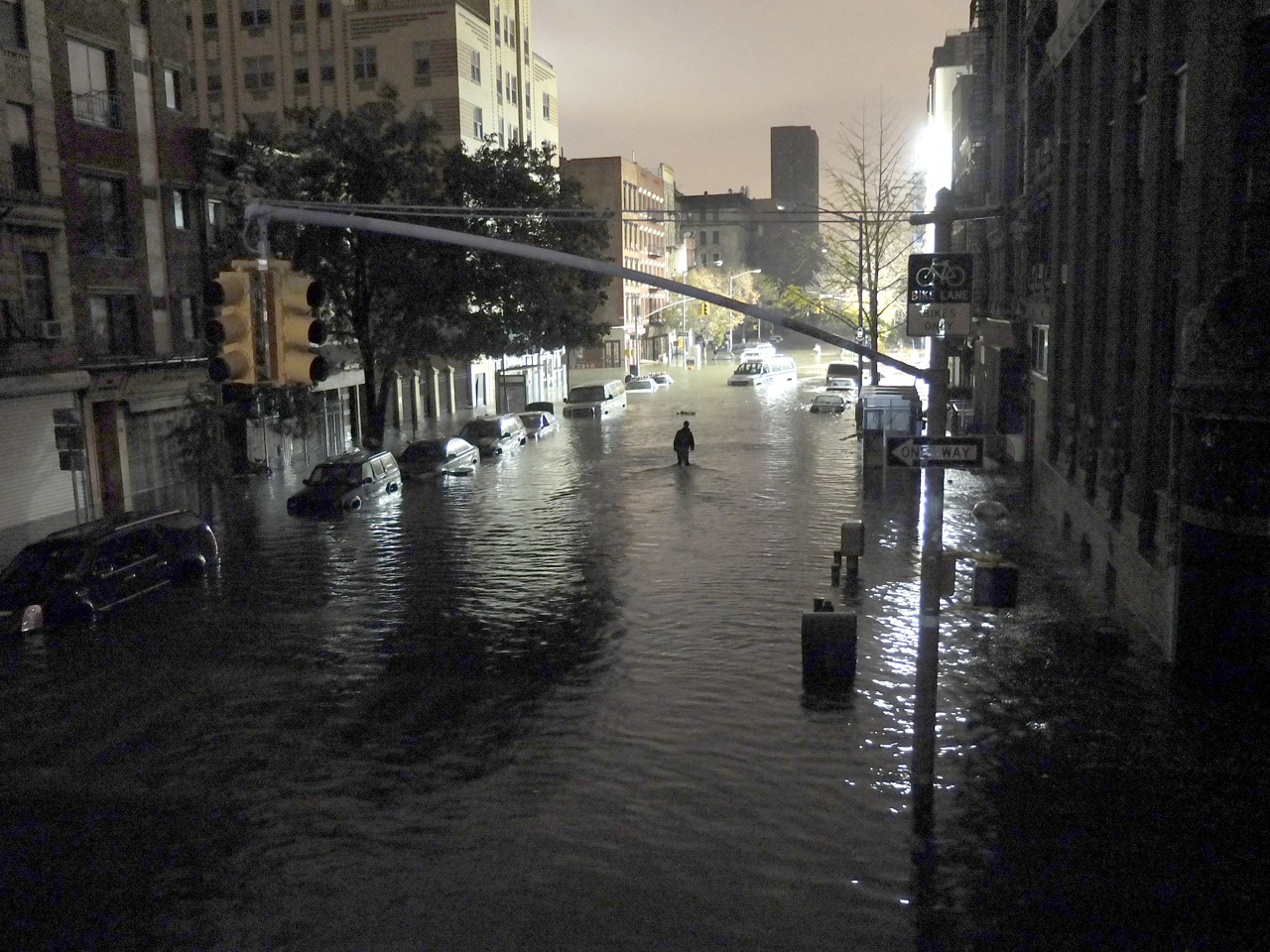 Jamie Sanders went to the grocery store in the aftermath of superstorm Sandy with good intentions. Cucumbers and apples were on her list.

But her local supermarket hadn't gotten any new supplies - and with the prospect of working in her Upper East Side apartment for several days ahead, she joined the hordes of East Coast residents holed up in their homes who found comfort in the bottom of a crinkly bag, a brightly colored box or a perfect pint-sized cardboard container.

"There was some canned food left and some Oreos," the copywriter and beauty blogger said. "I do like Oreos, but these were an impulse buy. I saw they were Winter Oreos with red cream and a snowman on top and I had to try them."

Chips and salsa also went into the cart, although she would have preferred Doritos if any were left, and she sheepishly admitted to making a meal of some boxed macaroni and cheese, too.

Facebook and Twitter were full of similar mini-confessions of calories consumed while people were either left in the dark and trying to eat up what was deep in their freezer before it thawed, or making due with the shelf-stable, packaged foods that were in the grocery store after the meat and produce were gone. Others turned to baking as a rainy day family activity.

Add to that the Halloween candy that many people bought for trick-or-treaters and it really was "the perfect storm," said New York-based registered dietician Keri Glassman.

Glassman, author of the upcoming book "The New You and Improved Diet," said stress and boredom make it hard to fight off temptation. Her advice: don't eat it all in one sitting. "If you have that candy in the house, make it one treat a day for the next few days."

Oreos were also on the menu at Jill Nawrocki's home in Brooklyn, although hers are of the Double Stuf variety.

She is preparing to run in Sunday's New York Marathon and had been expecting to be eating protein and leafy greens this week, but it wasn't meant to be. "I usually do my grocery shopping on Sunday, which didn't happen this week, so my cupboards were pretty bare," she said via email.

She had stocked up last year on "pretty gross" non-perishable foods during Hurricane Irene and didn't want to make that same mistake.

Even fitness trainer Simone de la Rue gave into a burger, french fries and margarita on Tuesday - for lunch, no less.

"I'm going stir crazy myself. I have a little cabin fever," de la Rue said. "I never do this, but it helped me pass the time."

Nancy Yates, a retired United Nations development officer who lives in desolate lower Manhattan, where thousands of people are still living without power, went shopping with neighbor Norma Fontane for comfort food at a bodega lit by flashlight and candlelight.

They picked up canned chicken noodle soup and crackers, chocolate bars, chips and cookies - "to help the depression," Fontane joked.

Extra time prompted Matthew Bautista, a publicist in Harlem, to go really far in the other direction: Instead of junk food, he has spent the last four days concocting gourmet meals. "I've been homebound, so I used my Dutch oven for the first time," he said.

His lights stayed on, so one night it was spare ribs braised in red wine, another it was butternut squash soup, and there's still a pork loin to cook. He has invited neighbors and friends who are without power or affected by flooding to join him.

But now he knows that his local gym is open, so he is planning on squeezing that in between meals.

Still without power at her apartment or West Chelsea studio on Wednesday, de la Rue was making up for her indulgences with a few extra workout videos streamed on her iPad.

For fellow storm binge-eaters, she suggests candlelight yoga or any sort of household cleaning that requires scrubbing. If you're home with the kids, ask them to put on their favorite music - maybe you'll become hip to a little Carly Rae Jepsen or One Direction - and just dance around together.

It's not too late to get on the bandwagon now, she added: "Every meal is a Monday morning."