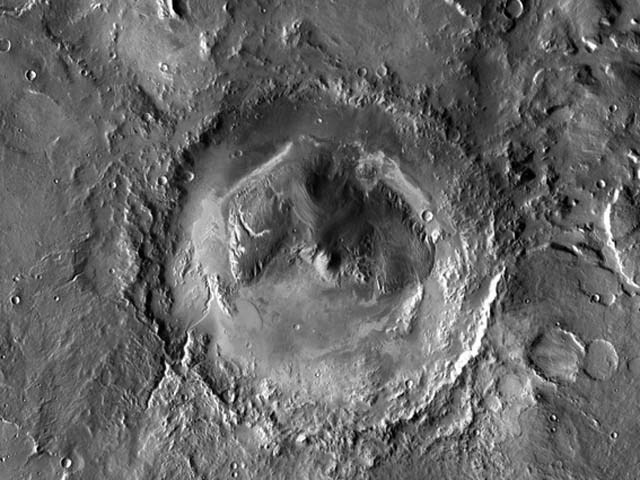 LOS ANGELES - NASA's next Mars rover will land at the foot of a mountain inside a 96-mile (150-kilometer)-wide crater named Gale.

The space agency announced the choice Friday, selecting Gale Crater over another crater named Eberswalde. The mountain in Gale Crater is layered, and scientists believe it is the surviving remnant of an extensive sequence of deposits.

The rover is officially named Mars Science Laboratory but is nicknamed Curiosity. It will use its tools to study whether the target area ever had conditions for supporting microbial life.

The rover, which will get launched into space later this year, is expected to reach the Red Planet in August 2012. Curiosity is much larger than Opportunity, the NASA rover still operating on Mars. It weighs a ton and roughly measures in size to a Mini Cooper car

"Mars is firmly in our sights," NASA Administrator Charles Bolden said in a statement. "Curiosity not only will return a wealth of important science data, but it will serve as a precursor mission for human exploration to the Red Planet."