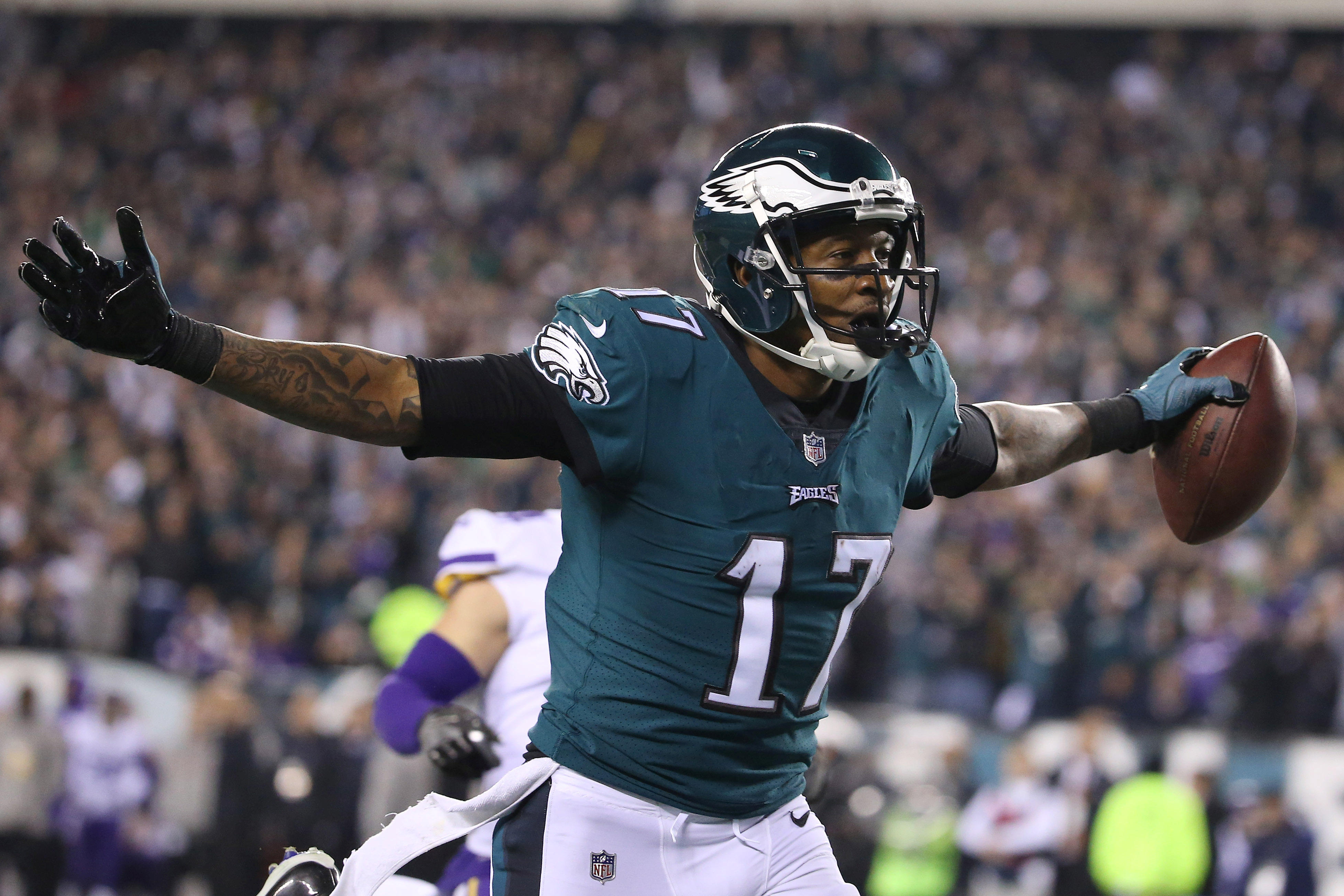 PHILADELPHIA -- Hey Philly, maybe it's time to forget Carson Wentz. Nick Foles might be good enough to win the Eagles their first Super Bowl. Foles was on fire Sunday night against the stingiest scoring defense in the NFL.

Philly made big play after big play on both sides of the ball in a stunning 38-7 rout of the Minnesota Vikings for the NFC championship.

Next up after their most-lopsided playoff victory: the Eagles' first Super Bowl appearance since 2005, against the team that beat them then, AFC champion New England.

Foles replaced the injured Wentz in Game 13 and finished off a rise from last place last season to first in the NFC East. There were plenty of doubters entering the playoffs, but the former starter in Philadelphia (15-3) under another regime has been brilliant.

"I just think you've got to keep going at it," Foles said. "And we all believe in each other. I'm blessed to have amazing teammates, amazing coaches. Everyone here that's a part of the Philadelphia Eagles organization is first class."

Foles' best work might have come against Minnesota (14-4) and its vaunted defense that was torn apart in every manner. Foles threw for 352 yards and three touchdowns, showing poise, escapability and moxie in going 26 for 33.

"I'm so happy for Nick and the offense," said coach Doug Pederson, "and for Nick, everything he's been through and battled, he stayed the course and we all believed in him."

Foles was helped greatly by the Eagles' domination on defense and a spectacular weaving 50-yard interception return TD by Patrick Robinson . Philadelphia ruined the Vikings' hopes of being the first team to play in a Super Bowl in its own stadium.

Instead, the Eagles will seek their first Super Bowl crown in Minnesota on Feb. 4; their last championship came in 1960.

"I'm so proud of our players," team owner Jeffrey Lurie said. "The resilience this group of men has is unequaled."

Minnesota made it look easy at the outset, driving 75 yards on nine plays, each of which gained yardage. The payoff was a 25-yard throw from Case Keenum to Kyle Rudolph well behind linebacker Najee Goode as Philadelphia's defense looked confused on the play.

That didn't happen again for Philly.

Defensive end Chris Long had a huge hand in Robinson's 50-yard interception return. Long burst in from the left side and got his arm on Keenum to disrupt the throw for Adam Thielen. The ball went directly to Robinson, who sped down the left side, then made a sharp cut to the right and got a superb block from Ronald Darby to reach the end zone.

Inspired, Philly's D forced a three-and-out, the Foles led the Eagles on a 12-play, 75-yard masterpiece of a drive. LeGarrette Blount showed all his power and escapability on an 11-yard surge up the middle for a 14-7 lead.

Turnovers, something Minnesota rarely committed with an NFC-low 14 during the season, hurt again and not only ended a solid drive, but set up more Philly points. On third down from the Eagles 15, Keenum was blindsided by rookie Derek Barnett, and the ball bounced directly to Long.

It was only the second strip-sack the Vikings have been victimized by all season.

A blown coverage -- another rarity for Minnesota -- on third-and-10 allowed Alshon Jeffery to get wide open for a 53-yard TD, and Philadelphia tacked on Elliott's 38-yard field goal to make it 24-3 at halftime.

Dancing in The Linc

Fifty seconds into the final quarter, with the score 38-7, Eagles players on the sideline and waiting to kick off on the field were dancing up a storm and fans were chanting "We want Brady."

They get Tom Brady and company in two weeks.

Back to the big game

Long won the Super Bowl last year with the Patriots, as did Blount. Now they return on the other side.

Philadelphia got the ball with 29 seconds remaining in the first half at its 20. Foles hit passes of 11 yards to Jay Ajayi, 36 to Ertz and 13 to Ajayi before Elliott's field goal to end the half.

Minnesota was the league's best team defending third downs and was third in converting them. Yet Philadelphia went 10 for 14.

Jeffery caught TD passes of 53 and 5 yards and had five receptions for 85 yards. Tight end Zach Ertz was free seemingly all night and finished with eight catches for 93 yards. Torrey Smith had a 41-yard TD catch against double coverage in the third period.

Keenum finished 28 of 48 for 271 yards, with two picks, a lost fumble and the TD throw to Rudolph. The Vikings' previously staunch defense yielded 456 yards.

Minnesota returns home to watch two other teams play at its stadium for the Lombardi Trophy.

With the entire stadium singing "Fly Eagles Fly" during the NFC trophy ceremony, Philadelphia can look forward to facing New England in Super Bowl 52 on Feb. 4.