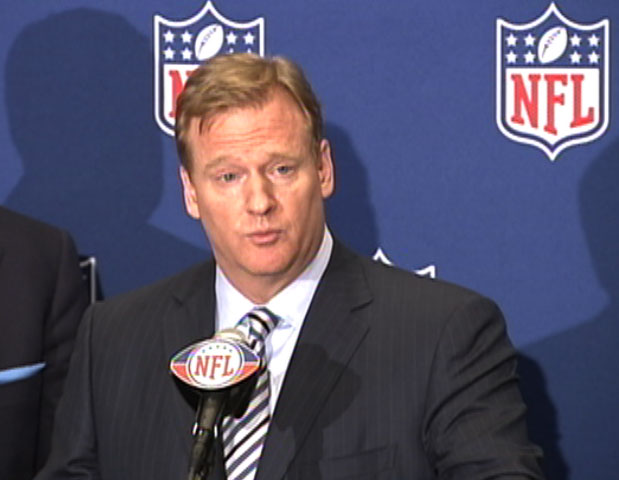 (MoneyWatch) COMMENTARY Good for Roger Goodell. He said he would punish the guilty and on Wednesday he laid down the law, suspending New Orleans Saints head coach Sean Payton and others in the NFL's bounty system scandal.

Not since the days of Judge Kenesaw Mountain Landis, major league baseball's first commissioner, has a sports czar acted so quickly and decisively as Goodell did. Landis banned eight players of the Chicago White Sox who had been accused of throwing the 1919 World Series. (The infamous Black Sox scandal.) He put the good of the game ahead the players, but sadly not the owners.*

Goodell did not draw such a distinction. He levied fines, took away two second round draft choices and imposed suspensions on the Saints. As Goodell stated: "We are all accountable and responsible for player health and safety and the integrity of the game. We will not tolerate conduct or a culture that undermines those priorities. No one is above the game or the rules that govern it. Respect for the game and the people who participate in it will not be compromised."

He suspended Payton for a full year and former defensive coordinator Gregg Williams (now with the St. Louis Rams) indefinitely. Payton was held accountable because he knew about the program but did not intervene. Goodell went relatively easy on the general manager, Mickey Loomis, suspending him for "only" eight games.

Goodell also did something else unexpected. As Gregg Doyel of CBS Sports reported, Goodell came down heavily on management and ownership rather than individual players. Sanctions will be announced shortly. In the past, Goodell has played the heavy with players who act inappropriately on and off the field. Not this time. Goodell made it clear that management was to blame.

Insiders say such bounty programs are not unique, but Goodell did not wait for the dust to settle. In the same month the bounty program was made public, he acted to preserve the integrity of the sport. That is what effective leaders do.

Professional sports are unique; commissioners can exact unilateral authority when they have the agreement of the owners who are in effect their bosses. It is akin to the governance of a board of directors to whom CEOs are accountable.

You hire a boss to handle the big stage when all the lights are on. Sometimes they rise to the occasion. Other times they do not. It falls to the governance committee therefore to choose wisely.

The bounty situation is likely to continue to roil the NFL, but Goodell's actions so far have been appropriate. They serve as an example as how leaders need to act deliberately as well as swiftly when reputation is at stake.

*In fairness, the White Sox players were not accorded due process. As recounted in "Eight Men Out," they were acquitted at trial. The real villain of the era was ownership, which treated players more as pawns than ball players in order to keep salaries down.