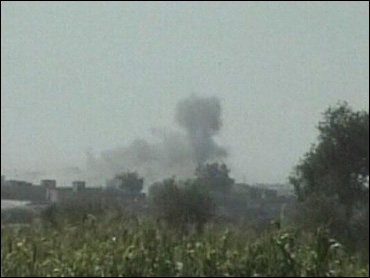 Democratic Gov. Jeanne Shaheen filed papers Wednesday to create an exploratory committee for an anticipated run for the U.S. Senate.

"I'm taking a close look at this race because I share the concerns I've heard from so many people in New Hampshire," Shaheen said in a statement.

The seat is now held by conservative Republican Bob Smith, who is seeking re-election in 2002. Another Republican, three-term U.S. Rep. John E. Sununu, is considering challenging Smith in the primary.

"Democrats, independents and Republicans all have told me that they want a U.S. senator who will be a champion for them in Washington and take action on the real problems they face," Shaheen said.

Shaheen's move had been widely expected for months. The deadline for her to become an official candidate is not until June.

The Democrats have a precarious 50-49-1 advantage in the Senate after Vermont Sen. Jim Jeffords switched from the GOP to independent in June. The Republican party is defending 20 seats and the Democrats are defending 14.

She is the first New Hampshire governor to actively promote abortion rights, working for the National Abortion and Reproductive Rights Action League for years in various capacities.

She also is a strong supporter of capital punishment and vetoed a bill that would have repealed New Hampshire's death penalty.

She angered many Democrats by squelching a state income tax by threatening to veto it.