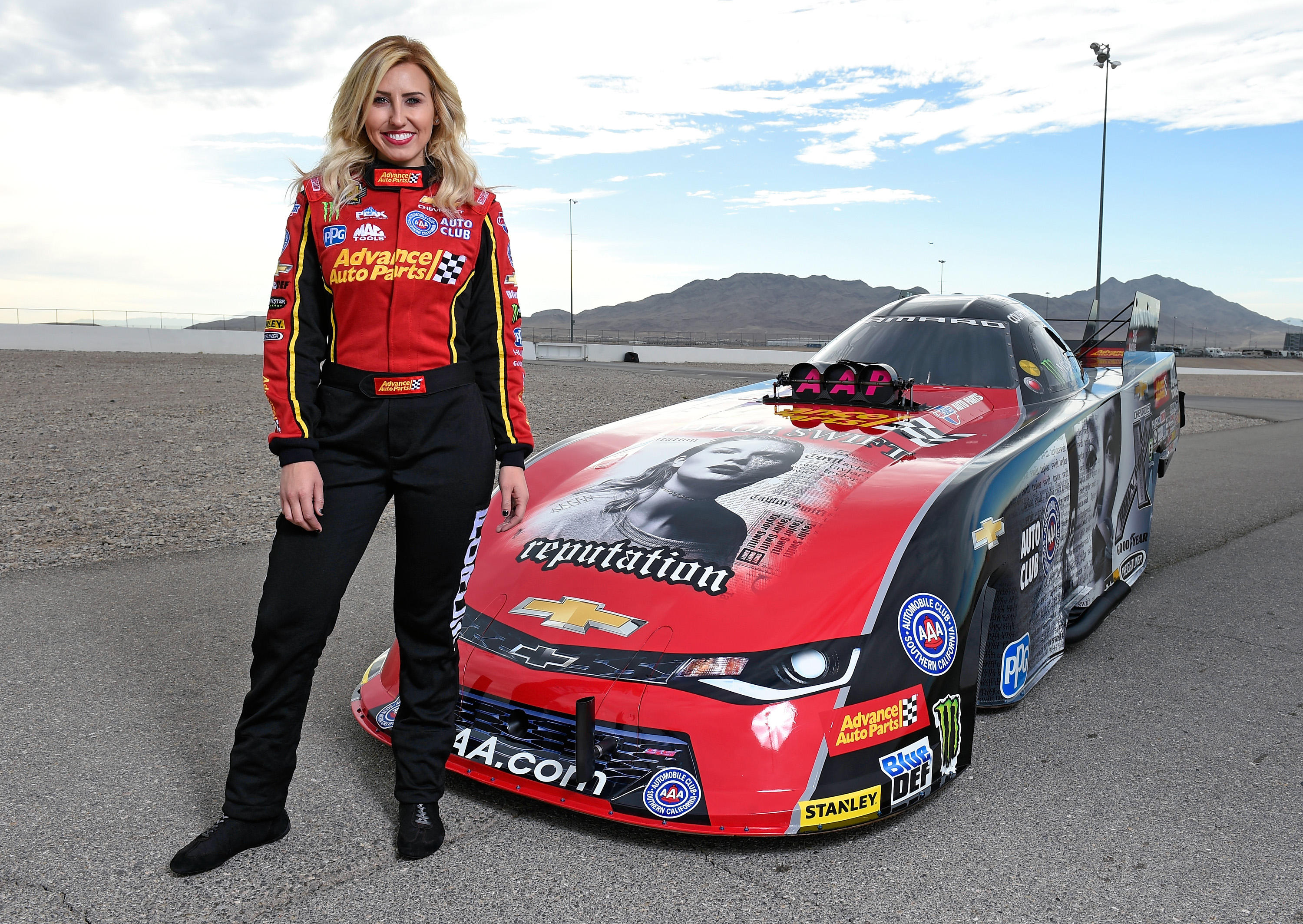 CHANDLER, Ariz. -- Courtney Force won the NHRA Arizona Nationals on Sunday after her 68-year-old racing great father escaped serious injury in a frightening engine explosion and crash. Courtney Force beat Tommy Johnson Jr. in the final round with a 3.834-second run at 337.16 mph. She won for the 10th time in Funny Car and first since Houston in 2016.

"Having (crew chief) Brian Corradi on my team and working with Dan Hood has been a great connection for our entire team," said Courtney Force, the wife of IndyCar driver Graham Rahal. "I had the utmost confidence to get in the car today because of the job my team does on it, so to get a victory at this race and take home a Wally at the end of the weekend is pretty incredible."

The NHRA tweeted video of the crash Sunday:

In the second round, John Force's engine exploded at the finish line, sending him veering across the right lane in front of Jonnie Lindberg and hard into a retaining wall. The hit lifted his rear tires off the ground, and they landed on Lindberg's canopy. The parachutes from both cars got tangled at that point, and Lindberg's car dragged Force's back across the track and into the left wall. It was the second time in two events that Force blew an engine in elimination rounds.

"This was a great day for John Force Racing," John Force said in a team release. "Brittany came back from a crash at Pomona and won first round and Courtney won Funny Car for Advance Auto Parts. My struggles continue, but I'm a big boy, I'll fix it."

Lindberg exited his mangled dragster under his own power.

"I got up and walked away," Lindberg said. "I felt good and the doctors came to my trailer to check me out and told me that I'm good."

The crash happened two weeks after another of Force's daughters, reigning Top Fuel champion Brittany Force, was hospitalized following a hard crash at the season opener in Pomona, California. Brittany Force was back in the car this weekend in Arizona.