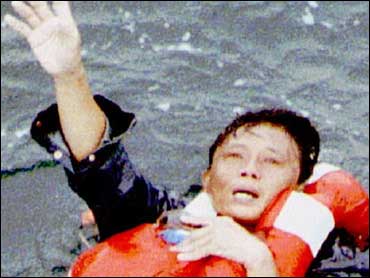 Bernie Nicholls, reduced to playing on San Jose's fourth line in his 18th NHL season, has been dropped by the Sharks and offered a job in the team's front office.

"Right now we're letting Bernie deal with the issues surrounding the idea of retirement and also trying to develop a position for him and present that to him," San Jose Sharks spokesman Chris Kelleher said. "Hopefully, he'll accept and stay with the team. But as of now, his last game was Saturday."

"They've announced I'm done playing here," Nicholls told the San Francisco Chronicle. "I don't know what I should do. It doesn't make any sense. I never expected it to be this way -- you want to go out on your terms."

Nicholls, 37, said he wants to help the team in any way he can.

"All we're trying to do is find out what they have in store for me," Nicholls said.

Lombardi said taking Nicholls off the ice was "the hardest thing I've had to do."

"I don't like having to trade players, or deal with contract holdouts. But for me to tell a future Hall of Famer that you recommend this ... I spent the last 48 hours agonizing over it," Lombardi told the San Jose Mercury News.

A three-time All-Star, Nicholls has had an outstanding career with Los Angeles, the Rangers, Edmonton, New Jersey, Chicago and San Jose. But his performance recently has been less than spectacular.

Nicholls, who re-signed with the Sharks as a free agent during the off-season, had 22 assists for San Jose last season and two assists in 10 games this year, occasionally playing on the team's fourth line.

He's also one of 11 players to have an eight-point game, with two goals and six assists in a 1988 game against Toronto.

He has scored 114 points in 118 Stanley Cup games, and while he's been in postseason play in 13 of his 17 seasons, he's never been on a Stanley Cup winner.