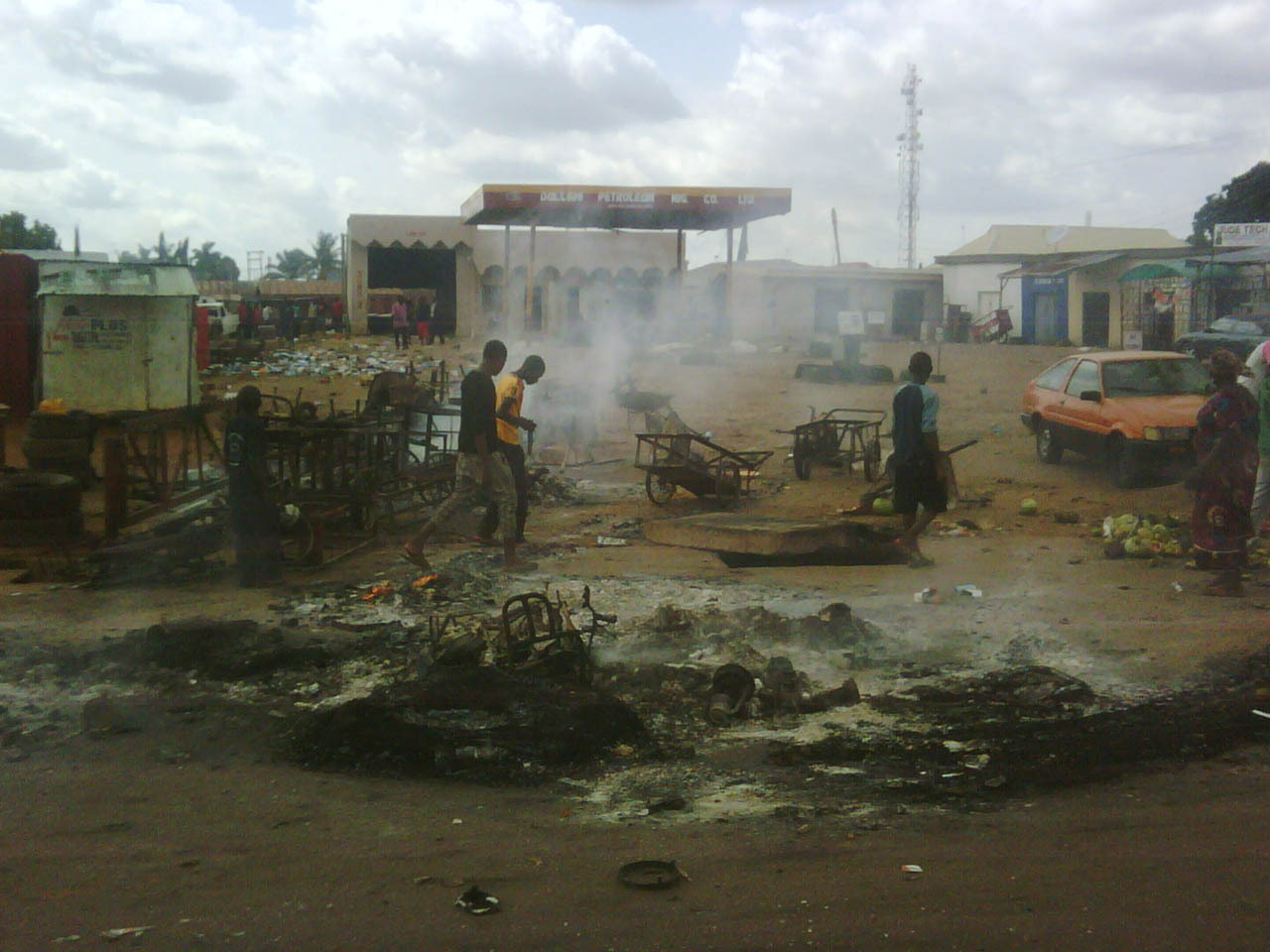 (AP) MAIDUGURI, Nigeria - A curfew in a religious flashpoint state in Nigeria's north has failed to stop days of ongoing violence and almost 100 deaths, an official said Wednesday, as residents of another besieged city said a curfew imposed there has left them trapped at home.

A rescue services official said more than 98 people have died since Sunday after a trio of church bombings sparked reprisals in Kaduna state. He spoke on condition of anonymity because he was not authorized to speak to journalists.

A radical sect known as Boko Haram has claimed responsibility for attacks on churches in the cities of Zaria and Kaduna, setting off violence that eclipsed the original attacks.

The reprisals in the Nigerian flashpoint state highlight festering religious tensions in the West African nation of more than 160 million people. Kaduna sits at the border between the country's predominantly Muslim north and its mainly Christian south. A history of attacks and counterattacks between the two communities there means that authorities are often cautious about releasing death figures.

Pope calls for a halt to violence in Nigeria

Officials initially said 21 people were killed in Sunday morning's blasts, but now say the death toll has jumped to 98, including reprisal killings. They refused to give a breakdown clarifying who died in the initial blasts and who was killed in reprisals.

As news of the church attacks filtered through the city Sunday morning, young Christians took to the streets in violent protest. An AP reporter saw smoke billowing over a mosque in a predominantly Christian part of the city.

People mounted illegal roadblocks and were seen harassing motorists, while a motorcycle taxi rider lay seriously hurt and bleeding by the road side. Police said about 1,000 Muslims took refuge at police quarters.

As soon as the state government relaxed the curfew Monday, Muslims fought back. The violence then spread to both Muslim and Christian neighborhoods beyond Kaduna to remote parts of the state, and prompting the government to re-impose a round-the-clock curfew.

A steady of yield curfews have added to the hardship of people living in parts of the country where Boko Haram poses a constant threat.

In the northeastern Nigerian city of Damaturu, residents said they found themselves trapped indoors Wednesday without access to basics after authorities declared a 24-hour curfew in response to multiple Boko Haram attacks that left at least 40 people dead. The Damaturu attacks started a day after the church bombings in Kaduna state.

Yobe State police chief Patrick Egbuniwe said at least 34 civilians and six security officers were killed across the city, including four policemen and two soldiers. The death toll is expected to rise as rescuers search for the wounded and dead. The Nigerian Red Cross had previously said the attacks had left at least 25 people dead and 25 wounded.

The radical Islamist sect launched its attacks Monday evening with blasts targeting police and military targets in the city of Damaturu, authorities said. Gunfire echoed across the city for hours, spilling into Tuesday afternoon.

After being trapped for two days, residents say they are running out of food, medicine and water.

Abdul Malik, a 41-year-old father of two, says his family has stopped taking baths so it can have more water to drink.

"We should be giving the children antibiotics but we are just boiling the water, especially for the baby," he said. Many in Damaturu and across Nigeria rely on water vendors for their daily water supply.

Malik said he feels fortunate, however, that he had already returned home when the first blasts went off.

Isa Ahmed Dori, a 39-year-old secretary, said he was separated from his wife and child because he had been visiting a friend. He has since learned that his father-in-law died in the violence.