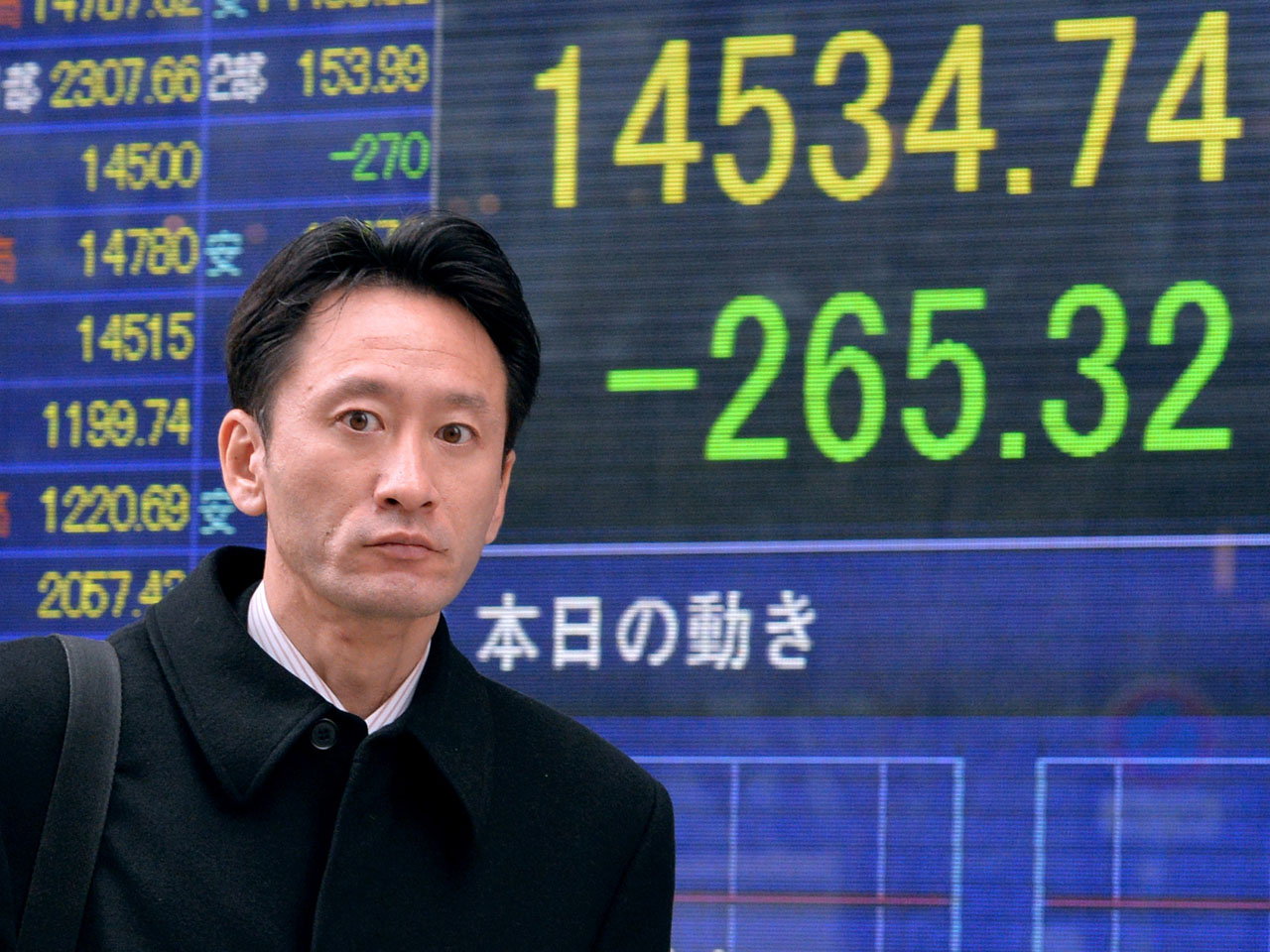 Futures pointed to losses on Wall Street after several days of gains. Dow futures and S&P 500 futures were both down 0.5 percent.

Earlier in Asia, investor appetite for risks appeared subdued ahead of U.S. retail sales and initial jobless claims due out later in the day. Economists forecast the U.S. retail spending may have been weak last month.

Benchmark U.S. crude for March delivery was down 76 cents at $99.62 in electronic trading on the New York Mercantile Exchange. The contract rose 43 cents to close at $100.37 on Wednesday.