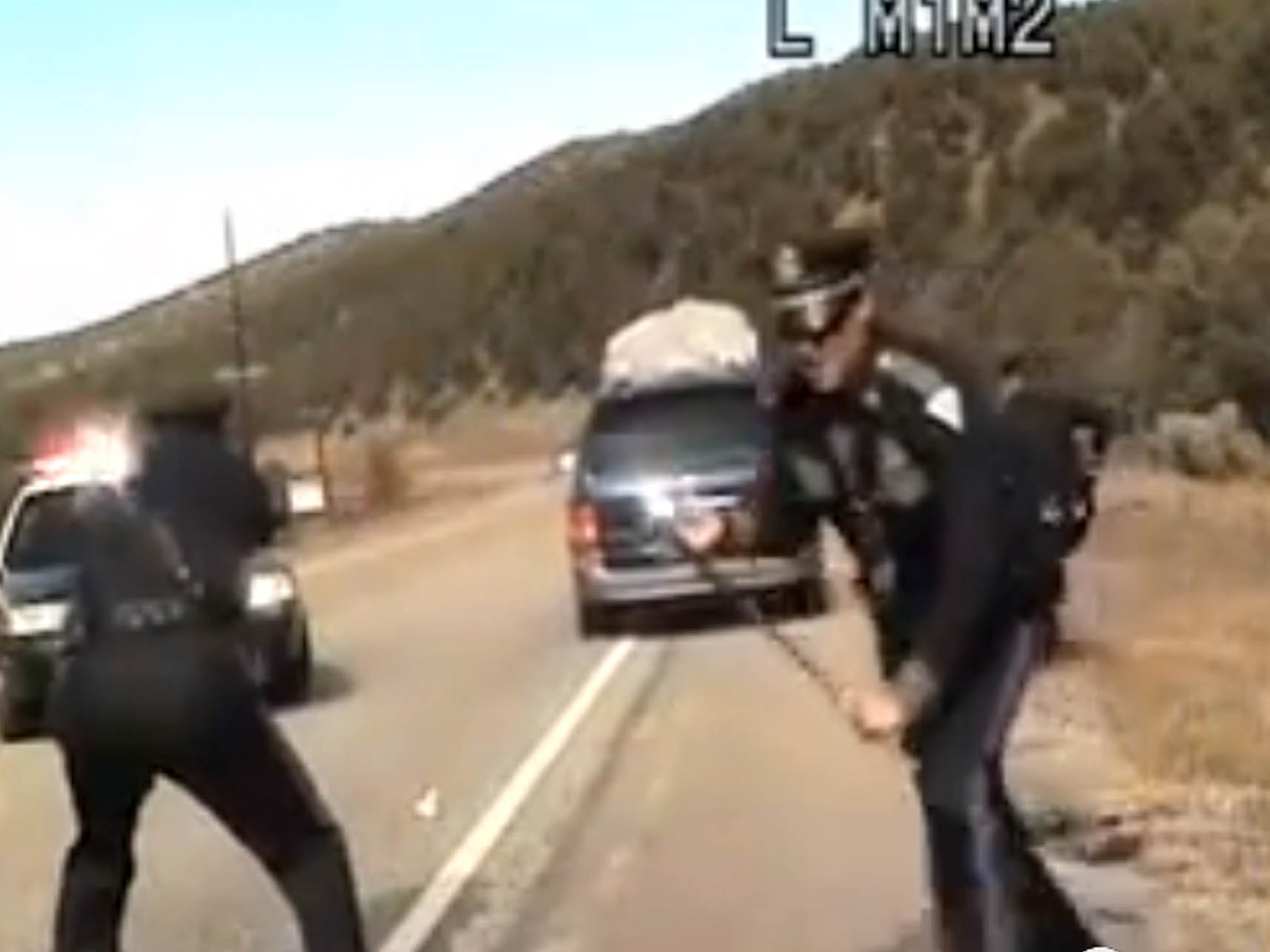 SANTA FE, N.M. - The New Mexico State Police officer who fired shots at a minivan full of children during a chaotic October traffic stop has been fired, a spokesman with the law enforcement agency said Friday.

Montoya has 30 days to appeal his firing to the Public Safety Advisory Commission, which is made up of civilians appointed by the governor. Montoya, who had been with the department for about 12 years, doesn't have a listed phone number.

The officer was placed on administrative leave with pay earlier this week following an investigation into the shooting outside the northern New Mexico tourist town of Taos. On Tuesday, he was notified that the agency proposed to fire him, and Kassetas, in consultation with Department of Public Safety Secretary Gorden Eden, made the final decision after a disciplinary hearing Thursday.

Gutierrez issued a brief statement on the firing, but agency rules call for no additional public comment because it's a personnel matter that can be appealed.

Chad Pierce, president of the New Mexico State Police Association, has said the union will make sure "due process is followed" and that Montoya receives a fair disciplinary hearing.

The video showed Montoya shooting at the minivan as a Memphis, Tenn., woman drove away from a chaotic traffic stop after an officer knocked out her van's window with a baton.

The motorist, Oriana Farrell, 39, had been stopped by State Police Officer Tony DeTavis for speeding. She fled twice after the officer attempted to give her a ticket and then arrest her.

Montoya and another officer arrived after Farrell left the initial traffic stop and pulled over about a half mile later. When Farrell pulled away the second time, Montoya fired three shots at the minivan, which also was carrying Farrell's five children. Montoya wrote in a police report that he aimed "at the left rear tire in an attempt to immobilize the vehicle."

The video also showed Farrell disobeying police orders, including driving off after being told to take her keys out of the vehicle.

When Farrell pulled over the second time, the situation escalated as she refused DeTavis' orders to get out of the van. She eventually exits the vehicle but gets back in as DeTavis tries to restrain her.

The video showed at least two of Farrell's children getting out of the vehicle to confront that officer, who ended up breaking the minivan's front passenger window to get access to Farrell's teenage son.

The mother and her son were arrested in front of a hotel after a chase in which the van traveled at speeds of nearly 100 mph. She has since been released on bond. She faces charges of child abuse, fleeing and misdemeanor possession of drug paraphernalia for a pair of marijuana pipes that authorities say were in the van.

According to a police report, Montoya later bought the entire family food from McDonald's during the booking process.