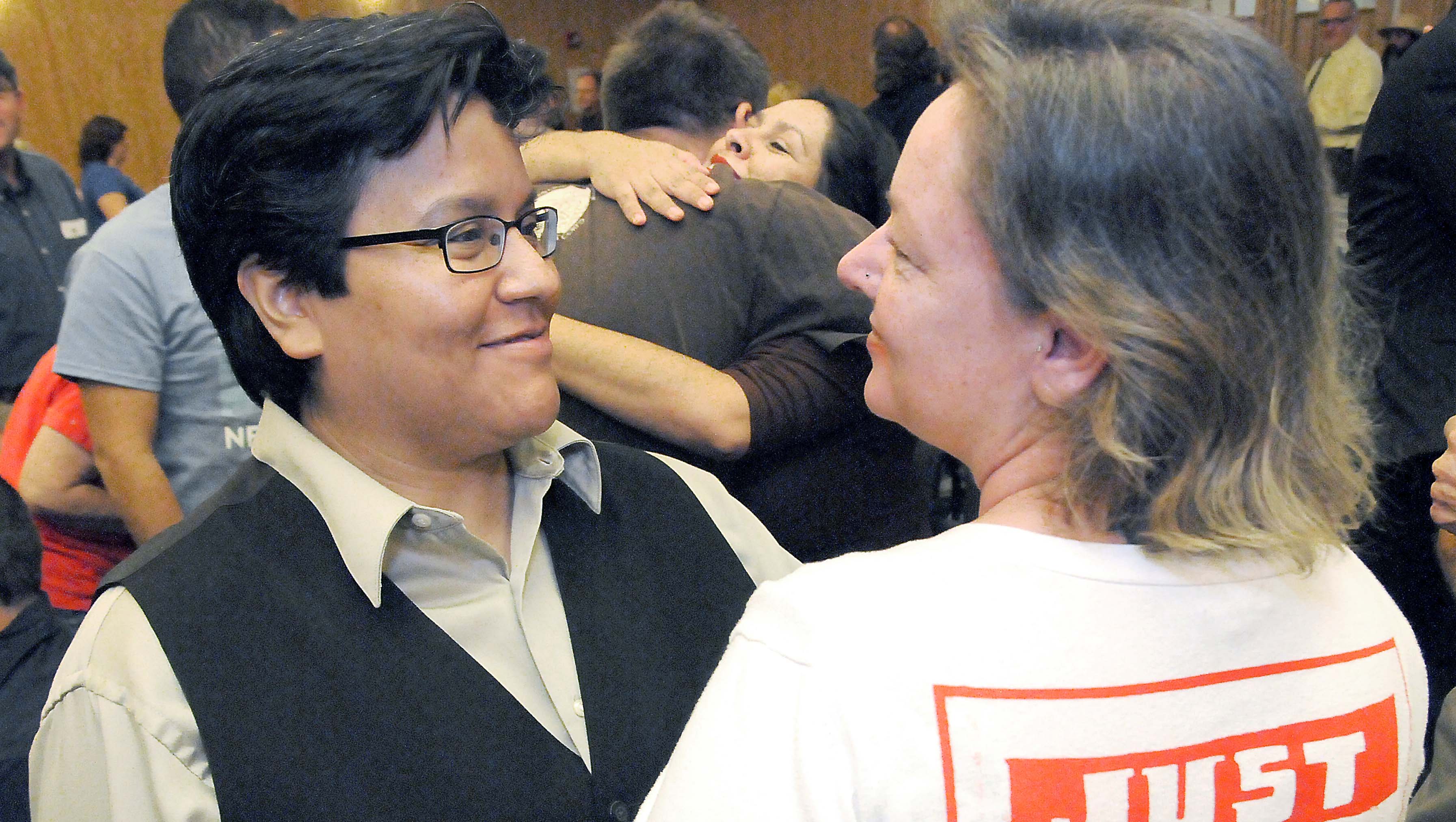 SANTA FE, N.M. - The New Mexico Supreme Court legalized same-sex marriage in the state Thursday, declaring that it is unconstitutional to deny a marriage license to gay and lesbian couples.

New Mexico joins 16 states and the District of Columbia in allowing gay marriage.

Eight of the state's 33 counties started issuing marriage licenses to same-sex couples in August, when one county clerk independently decided to allow the unions. County officials asked the high court to clarify the law and establish a uniform state policy on gay marriage.

State statutes don't explicitly prohibit or authorize gay marriage. However, the marriage laws - unchanged since 1961 - contain a marriage license application with sections for male and female applications. There also are references to "husband" and "wife."

The current and previous state attorneys general have said the law effectively prohibits gay marriage, although current Attorney General Gary King also has said he believes such a prohibition is unconstitutional.

A state district court judge ruled earlier this year that it is a violation of New Mexico's constitution to deny marriage licenses to same-sex couples. The judge based his decision on a 1972 constitutional amendment adopted by voters that prohibits discrimination "on account of the sex of any person."

Two county clerks that were defendants in that case decided not to directly appeal the judge's ruling. However, the county association and the state's 31 other county clerks - including several already issuing marriage licenses to same-sex couples - joined the lawsuit to provide a way to quickly move the gay marriage question to the Supreme Court.

The five justices previously turned down efforts by gay rights advocates to get a ruling on the marriage issue. The advocates had attempted to get a decision by filing lawsuits directly with the Supreme Court rather than through an appeal of a lower court decision.