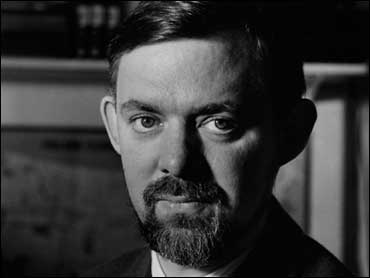 Playing on a damaged right knee that should have required surgery earlier in the season, Air Force linebacker Mike Tyler shrugged off his own pain and put a big hurt on Rice.

Tyler returned an interception 26 yards for a touchdown with 8:23 remaining, and No. 20 Air Force rallied to beat Rice 22-16 on Saturday and claim a berth in the Western Athletic Conference championship game.

The Falcons (10-1, 7-1) clinched the WAC's Mountain Division title and will meet Pacific champion Brigham Young for the league title on Dec. 5 in Las Vegas. BYU downed Utah 26-24 on Saturday.

Just minutes after the game, the Falcons accepted an invitation to play in either the Aloha Bowl or Oahu Bowl, back-to-back games which will be played in Honolulu on Dec. 25. The Falcons will face a Pac-10 opponent.

The other game of the doubleheader will match another Pac-10 team and an at-large team. Bowl executive Lenny Klompus said it would not be determined which bowl Air Force will play in until both Pac-10 schools have been selected.

Air Force, which erased a 10-0 first-half deficit, fell behind 16-14 early in the final quarter on freshman Derek Crabtree's third field goal of the game.

A subsequent Air Force possession led to a punt. But two plays later Tyler, who had left the game late in the third quarter after aggravating his knee injury, picked off a pass from Chad Richardson and returned it down the left sideline for the clinching score.

"It was the biggest play of my career, definitely," said Tyler, a senior. "I think I was just fortunate to be in the right place at the right time. I actually thought I stepped out of bounds on the runback. I just ran for that cone and tried to get in the best I could."

Tyler tore the anterior cruciate ligament and cartilage in his knee in the third gamof the season against Colorado State. Surgery was recommended, but because he is a senior and the academy doesn't apply for medical hardships, he elected to continue playing while wearing a brace.

Falcons coach Fisher DeBerry said Tyler "has been playing on half a leg. As soon as the season is over, he is going to have anterior cruciate repair. He got hurt the previous series, but he went back in there. He was in the right spot and took it to the end zone. That was a big, big interception, and I cannot say enough about the job Mike has done for us this year."

Tyler said his injury in the third quarter came when he hyperextended his knee on the bottom of a pile. "I had to beg the trainers to let me back in," he said.

Camouflage-clad cadets tore down the north goalpost after the game.

"I'm not sure we really liked that because (Bonds) is fresher and faster," Hatfield said. "We knew it would be even tougher because they would run more outside plays with him. His speed made a difference."

The Owls, who could have captured the division title with a victory over Air Force and a loss by Wyoming to Tulsa, took the opening kickoff and marched 76 yards in 16 plays for a touchdown. The drive consumed 9:15, the longest in Hatfield's five seasons at Rice.

Richardson completed 14- and 16-yard passes to Jason Blackwell, and Jamie Tyler ran the final yard with 5:45 left in the opening period.

On Rice's next series, Blackwell got open deep and hauled in Richardson's 52-yard pass, setting up a 27-yard field goal by Crabtree for a 10-0 lead.

Bonds led Air Force on a 17-play, 93-yard second-quarter scoring drive that used up 7:17. Bonds passed 11 yards to Matt Farmer on third-and-10 and 20 yards to Dylan Newman on third-and-12, and Bonds then ran 19 yards. Fullback Spanky Gilliam plunged 1 yard for the TD with 1:08 left in the half.

The Falcons took the lead for the first time with a 74-yard march in the third period, capped by Bonds' 4-yard run with 6:38 to go. The big play came on third-and-9 from the Air Force 27 when Bonds passed 24 yards to halfback Qualario Brown, and a 15-yard roughing-the-passer penalty was tacked on.

Rice's Leroy Bradley then ran 25 yards to set up a 40-yard field goal, cutting the deficit to 14-13. Two plays later, Bonds was intercepted by safety LonDee Smith near midfield, and the Owls reclaimed the lead, 16-14, on Crabtree's 41-yarder with 12:19 left.