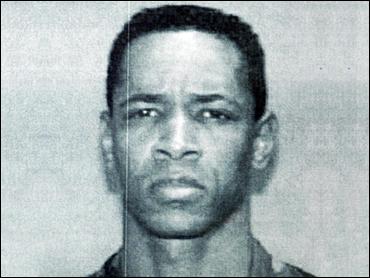 A federal judge ordered sniper shooting spree suspect John Allen Muhammad held without bail Tuesday, saying he is a flight risk and poses a danger to the community.

She denied a request from Muhammad's attorney to call an agent from the federal Bureau of Alcohol, Tobacco and Firearms as a witness at the hearing, saying the government was not required to provide more information about its case at this point.

A 20-count criminal complaint filed last week charges Muhummad with gun violence and extortion in the October sniper shootings that killed 10 people in the Washington, D.C. and Richmond, Va., areas. He faces the death penalty if convicted.

Federal public defender James Wyda said he is working with little information because the government has not indicted Muhammad, 41.

"The government's case has significant problems," Wyda said. "There's no direct evidence that Mr. Muhammad was at the scene of any of these crimes."

Wyda said prosecutors were trying to "shoehorn this case into federal courts" using the extortion law. He noted authorities did not receive a note demanding money until Oct. 19, well into the shooting spree, when a man was wounded outside a restaurant in Ashland, Va.

Wyda said authorities have not asked his client for a handwriting sample to attempt to link him to the note, although they have obtained blood and fingerprints.

The government is trying to prove that "these seemingly random attacks were all motivated by a crackpot scheme to collect $10 million," Wyda said.

"This is no longer a murder case; this is an extortion case," Wyda said. "They can't prove extortion. They can't meet their burden of proof in making this a federal case."

Assistant U.S. Attorney James Trusty told Schulze that Muhammad has used multiple names and has a history of providing birth dates ranging from 1960 to 1970. He said Muhammad has no fixed address and does not have a job.

"He had been living out of his car, living state to state," Trusty said. Trusty described the vehicle as "modified for the surreptitious shooting of strangers."

He said that when police closed in on the car Oct. 24 at a highway rest stop in Frederick County, Muhammad was sleeping on top of a rifle later linked by ballistics to most of the sniper shootings.

Wyda said authorities have no evidence his client fired the gun.

Wyda described Muhammad as a citizen and a business owner and told Schulze, "John desperately loved his children."

Trusty said Muhammad was a flight risk because he faced charges in several states that could carry a death sentence.

"There are numerous acts of violence that are specifically linked to Mr. Muhammad and a coconspirator," Trusty said.

A preliminary hearing was scheduled for Muhammad for Friday in federal court.

The other sniper suspect, 17-year-old John Lee Malvo, was ordered detained Monday at a closed hearing in federal court in Baltimore. Federal charges have also apparently been brought against Malvo, but authorities will not say so because he is a juvenile.

Attorney General John Ashcroft is expected to announce by week's end who will get first crack at the sniper case.

One source said Virginia's strong death penalty statute, which permits the execution of a 17-year-old, could put that state first in line. Maryland has only a slim chance because of weak death penalty laws and soured relations between the federal prosecutors and Montgomery State's Attorney Douglas F. Gansler, the source said.

Gansler angered federal officials by filing murder charges the day after Muhammad and Malvo were arrested and by criticizing the federal government's case. Gansler said Monday that he has not heard from federal prosecutors in more than a week.

"They are not showing an interest in the victims in Montgomery County or the community since they haven't bothered to include us in the discussions," he said.

Investigators are also looking into whether two September shootings were related to the October spree that left 10 dead in the Washington area.

The wounding of two people in separate holdups, one outside a liquor store and the other outside a restaurant in Clinton, Md., the Washington suburb where Muhammad's ex-wife lives, could be connected with the string of sniper attacks, Prince George's County police said.

Paul LaRuffa was shot six times outside his restaurant. The gunman took off with his computer.

"I never linked it," LaRuffa told CBS News. "At the time, the M.O. [modus operandi, or method of operation] was different. These people were getting shot with a long gun, one shot. I got shot with a .22."

Now the FBI is taking a hard look at a laptop recovered from Muhammad's car and the ATF is testing bullets from the Clinton shootings.

Police nationwide have been reviewing unsolved shootings to see if they can be connected to the sniper suspects.

In addition to the shootings in Maryland, Virginia and Washington, D.C., the two face murder charges in Louisiana and Alabama.

And, in Arizona authorities are looking at a shooting death from earlier this year that may be linked to the Washington-area sniper suspects.

Police in Tucson are taking a second look at a homicide back in March.

That's at the request of the task force investigating the sniper attacks.

Tucson police have been told by the task force that Muhammad and Malvo were in Tucson in mid-March. They were visiting Muhammad's sister, who was then a Tucson resident.

The homicide that police are looking at occurred March 19th. The victim was a 60-year-old man who was shot at a golf course. It's believed a rifle was used.

Tucson police, the FBI and the Bureau of Alcohol, Tobacco and Firearms are re-evaluating the evidence in that shooting.