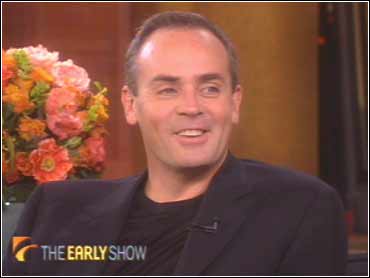 Even the winners of previous "Survivor" games can't agree on who will emerge the winner of this season's "Survivor>Marquesas."

With just 10 contestants remaining in the current TV game, the $1 million winners of the three previous games – Richard Hatch, Tina Wesson and Ethan Zohn – were gathered for a roundtable discussion on The Early Show> asked to predict a winner.

"Vecepia is really starting to play well, if what we're seeing is accurate," he says. "She's distancing herself from wacko Sean and little-bit-too-rough-around-the-edges Rob."

Wesson, the Tennessee nurse who won her $1 million in the Outback, gave her vote to Tammy Leitner, a crime reporter from Arizona. She's part of a strong alliance, says Wesson, and the other members of that alliance are likely to make enemies and lose votes from the jury.

Zohn, a soccer pro from Massachusetts who won last fall's "Survivor: Africa" believes Pascal English, the California judge, will emerge victorious. "I think he's playing it cool, and he's - everyone seems to like him. He's got one strong alliance."

Wesson says she has no one left to root for, now that Gina is gone, but she expressed grudging respect for Rob and the way he engineered the ouster of Hunter, a very strong contestant. "He's really playing the game, and he's playing the people," she says.

Hatch says John made a serious error in declaring himself a leader, saying that makes him a target. He also says Rob went too far in alienating the other contestants with his abrasive manner. And all three had criticisms of Sean, who has been called a knucklehead and an angry man by his fellow contestants.

All three former winners also agree that the current crop of contestants faced fewer hardships than they did.

"I mean, I see them and it looks like Club Med to me," says Zohn who faced both hunger and a shortage of water in his Africa stay. "There's fruit falling from the trees, and waterfalls."