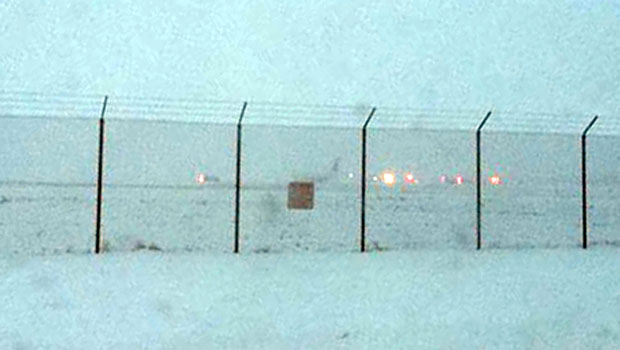 A Delta #737 slid off the runway during a landing in Madison, Wisconsin Monday. There were no reported injuries among the 60 passengers aboard.

"Delta flight 385 from Minneapolis/St. Paul to Madison, flown on Boeing 737-800 equipment, exited the pavement and came in contact with snow adjacent to the runway during taxi away from the runway. There were no injuries reported," said the company in a statement.

The incident occurred while the plane was taxiing after landing, said Brent McHenry with Dane County airport. The passengers were bused to the terminal.

"It would appear that we are all the way off the runway into the snow-covered tundra," the pilot said a few moments later.