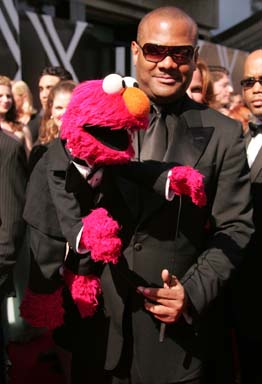 The government put its money where its mouth is Monday when it filed court papers opposing a stay of execution for Timothy McVeigh, the convicted Oklahoma City bomber.

Federal prosecutors didn't pussy-foot around the legal issues involved and didn't even begin to concede that it is illegal or unfair or just plain odd to execute a man whose lawyers even now aren't sure they have received all the documents they were supposed to receive from federal investigators.

Instead, they filed a brief which is aggressive, derisive, sarcastic and even at times mocking toward McVeigh and his lawyers. The feds pulled no punches about how they feel about McVeigh and what legal options (i.e. none) they feel may stand in the way of his execution next Monday.

It's a brief, in other words, which was written in a style that suggests that government lawyers think that the issues now before a federal district judge are a slam-dunk cinch for their side.

We'll know in a few days whether this unusual, in-your-face filing succeeds with U.S. District Judge Richard Matsch, who is not particularly fond of hyperbole, whether it is directed to him in court or in court papers.

Although prosecutors certainly start this fight from a strong legal position, and although the defendant in this particular case is not exactly the type to generate much sympathy from anyone, no amount of legal chest-thumping hides the undisputed fact here that the government didn't play by its own rules.

The government argues that although there may have been a "foul" committed against McVeigh when the FBI didn't share thousands of documents with his attorneys before and during the trial, there was no "harm" to the defendant since he was convicted based upon overwhelming evidence and — not so incidentally — has since confessed to the crime.

And even if there were some tiny little bit of harm, they argue, the time has come and gone for McVeigh to make an issue of it, given relatively new federal laws which make it harder and harder for late appeals like this to be filed or considered.

Indeed, for the first time, prosecutors officially informed the court that they believe that McVeigh's out-of-court confessions — to his book authors, to a paper, etc. — should be considered at this stage of the process, even before a stay is granted or a hearing is held on the more substantive matters that may ultimately arise from all of this.

This may turn out to be a big deal at Wednesday's hearing, since the defendant is pretty much sunk if Matsch considers McVeigh's confessions to be good evidence of the government's contention that a stay would be futile.

We also know from Monday's filing that, as predicted, the government considers the "fraud upon the court" argument made by McVeigh's lawyers last week to be an "end-run" around the more stringent statutory requirements that fellows in McVeigh's position find themselves in.

Apart from the legal attack on the defense team's claims, the feds also have come up with what they label "three critical facts" which undercut the fraud theory.

How can it be fraud, prosecutors contend toward the end of their brief, when the government voluntarily undertook the document disclosure obligations in the first place, then voluntarily notified the defense when additional documents were discovered, and then turned over all those documents, the vast majority of which are "cumulative?"

These arguments make some sense, of course, although they may not be particularly relevant for purposes of McVeigh's stay request.

And on the subject of the stay request, the feds asked a single crucial question: why didn't McVeigh's lawyers even "once" mention "the legal standard for such stays" in their "40-page stay-of-execution petition"? As lawyers are wont to do, the feds then answered their own question: because "McVeigh cannot satisfy that legal standard."

Last week, the defense accentuated whatever positives McVeigh has going for him heading into this crucial hearing later this week. At the same time, they essentially glossed over the trouble spots in their arguments.

On Monday, prosecutors did the same; focusing upon the black letter of the law, which gives them an edge, but all but ignoring the equities of this situation and the uncertainty which presently exists about the state of the documents and their effect on McVeigh's case.
So the battle lines are drawn. The arguments are down in writing. And Matsch has his work cut out for him this week. I don't envy him.