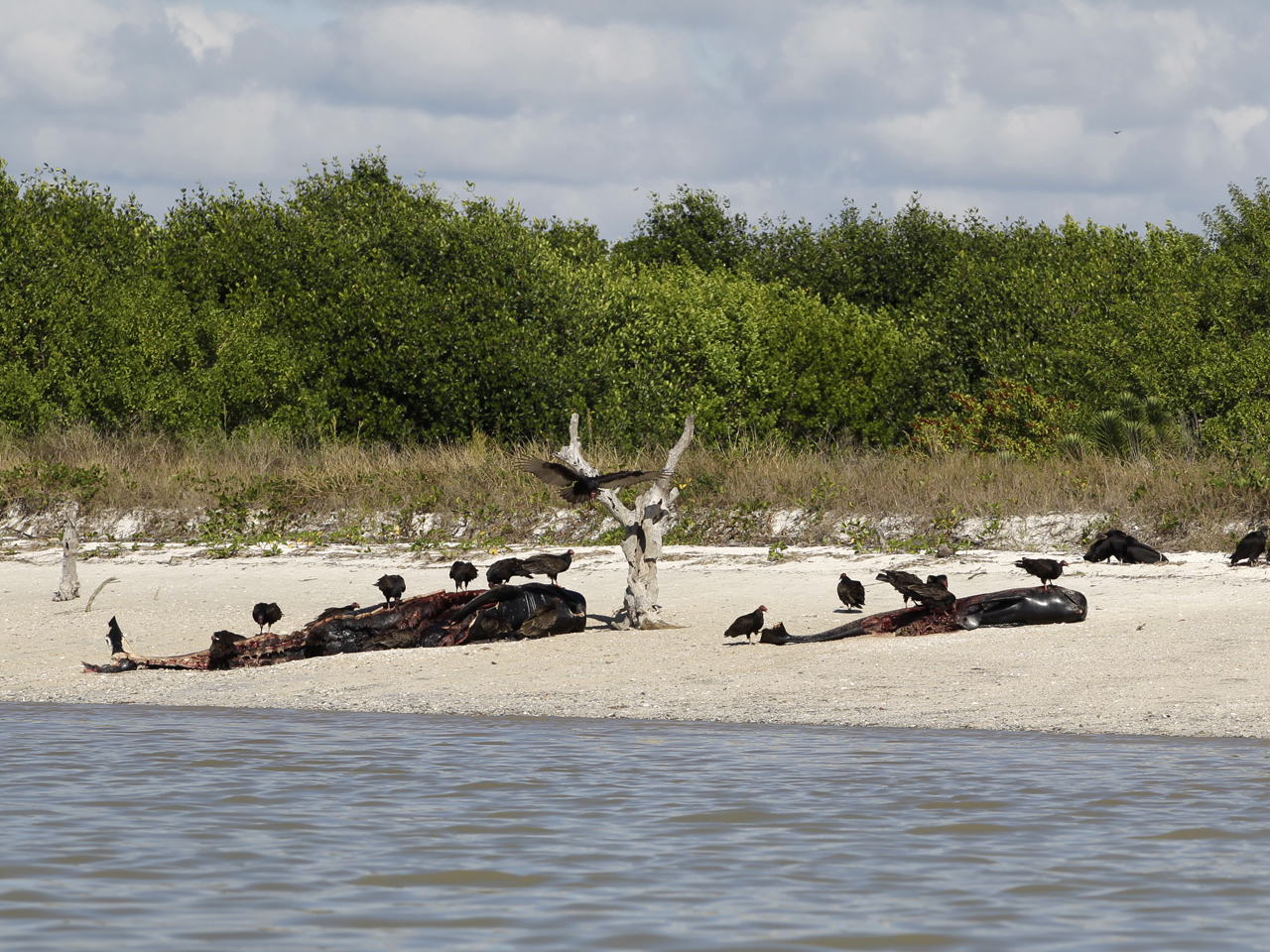 SNIPE POINT, Florida - Necropsies performed on the 11 pilot whales found dead in the Florida Keys show that they were emaciated and suffering from malnutrition, federal officials said Monday.

National Oceanic and Atmospheric Administration stranding coordinator Blair Mase said the whales' empty bellies could be a result of disease or of being out of the deep, cooler waters that form their natural habitat.

"Really we don't know how long they've been in the area and we don't have any clues of why they got here in the first place," she said in a conference call with the media. It could be weeks to months before the results of the necropsies come in, she said, and "there is a possibility there could be more whales in the area."

A fisherman found the 11 whales lying near each other Sunday in Snipe Point, on an island chain near Key West. The young ones, especially, were emaciated, said Julia Zaias, a veterinarian with the Marine Animal Rescue Society.

Zaias spoke with The Associated Press from a center in Key West where researchers handled samples on Monday. Two of the female whales were pregnant.

The samples would help researchers discover any illnesses or anything else that could help them understand why the whales had beached.

"We'll be testing for viruses," Zaias said. "We're looking to see if they have any there, and then we'll be looking for all other possible reasons."

The whales are believed to be part of a pod of 51 whales originally found stranded on a remote Everglades beach last Tuesday. Six other whales were found dead Wednesday, and four more had to be euthanized. Another whale was found dead Thursday.