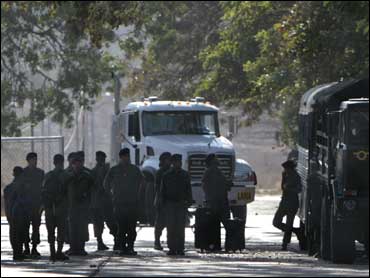 Krugman said the worst of the global crisis was over with economic and exports growth showing signs of stabilization. Still, recovery was likely to be "disappointing" as government spending wasn't sustainable in the long-run and unemployment rate still lagging behind, he told a two-day world capital markets conference here.

There isn't likely to be any "Phoenix-like" recovery such as in the 1997-98 Asian financial crisis, where the economies expanded dramatically, led by a sharp rebound in exports, he said.

"We have managed to avoid a second Great Depression ... but full recovery is at least two years and probably more," Krugman said.

Asia is likely to see a faster rebound, than the U.S. and Europe, partly driven by the recovery in manufacturing exports, he said.

In the clearest sign yet that the recession may be ending, the U.S. Labor Department last Friday showed the jobless rate in the world's largest economy dipped for the first time in 15 months while workers' hours and pay edged upward.

It said a net total of 247,000 jobs were lost last month, the fewest in a year and a drastic improvement from the 443,000 that vanished in June. Still, the job market remains shaky. A quarter-million lost jobs are a far cry from the employment growth needed to put the national economy on solid footing.

President Barack Obama has urged Americans to be patient and give time for his $787 billion stimulus package of tax cuts and increased government spending to take hold. Most of the money will flow in 2010.

Krugman said there was still room for the U.S. government to increase spending to boost growth, despite concerns over its swollen budget deficit.

Krugman, who teaches at Princeton University, won the Nobel Prize in Economic Sciences last year for his analysis of how economies of scale can affect international trade patterns. He also writes columns for The New York Times.

He said there was a need to restructure the global financial system and impose tighter regulations to avoid a repeat of the economic crisis, but expressed concern that the momentum for reforms appeared to be easing.

"We do not have the political will to do that just yet ... I suspect clever people can still make a lot of money from the financial system in the next few years," he warned.

Earlier, Malaysian Prime Minister Najib Razak urged regulators worldwide to jointly create a compatible, sustainable and effective surveillance system to prevent future market crashes. These include keeping a close eye on risk-taking activities and having a common procedure for intervention if there are signs of irrational excess, he said.

"Over-reliance on self-regulation is a mistake," he said. "Global regulators should err on the side of investor protection and financial stability rather than rely on a 'buyer beware' regulatory regime."

Singapore's Finance Minister Tharman Shanmugaratnam and Hong Kong Secretary for Financial Services and the Treasury K.C. Chan warned against being too hasty, saying greater regulation of financial institutions mustn't be at the expense of stifling innovation and growth.