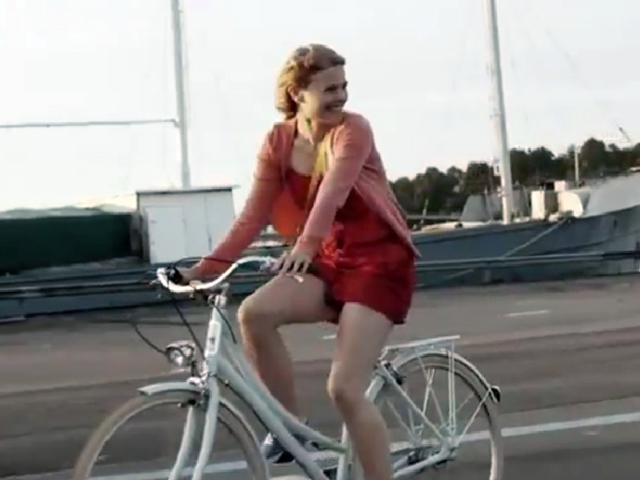 (AP) HELSINKI - A Nokia commercial showcasing the photo and video functions of its latest smartphone has turned into a blurry episode for the cellphone maker.

Part of the ad, which shows a woman on a bicycle, gives the viewer the impression of watching her through the lens of the new Lumia 920, which features image stabilizing functions.

But a reflection in a window shows she's in fact being filmed from a van by someone holding a video camera.

Nokia apologized on its official blog Thursday "for the confusion we created."

The ad was shown Wednesday in New York at Nokia's launch of the Lumia 920 and another smartphone that uses Microsoft's (MSFT) Windows Phone 8 software.