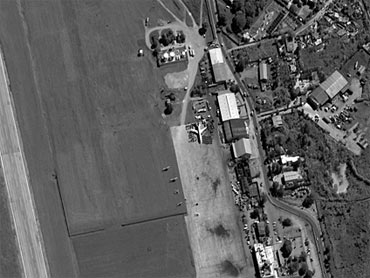 Military officials said aid flights from the U.S. to earthquake-ravaged Haiti were resumed Thursday, but other charter flights were still being held back.

Maj. Shannon Horne of the U.S. Southern Command said the non-aid charter flights remained on hold because of overcrowding at the airport in the Haitian capital of Port-au-Prince. The hold might be lifted later in the day, Horne said.

Civilian flights from the United States to Haiti were halted Thursday at the request of the Haitian government because there was no room at Toussaint L'Ouverture International Airport for more planes and no fuel to spare for departing aircraft, said a U.S. official who wasn't authorized to speak publicly and asked not to be named.

At the time, there were 11 flights circling the heavily damaged airport, but no more ramp room to accommodate planes once they landed, the official said.

The airport's control tower was destroyed in Tuesday's earthquake.

Special tactics officers from Hurlburt Field Air Force Special Operations Command in Florida said their teams are in control of operations at the Haitian airport.

Lt. Col. John Dorrian, spokesman for the command, said airmen have cleared runways, established 24-hour air traffic control and have weather systems and airport lighting up and running. He said dozens of cargo planes were taking off and landing Thursday, but damage to ramps was slowing efforts to remove cargo from the planes.

The Air Force is working to bring in fork lifts and other heavy equipment to help move cargo.

State Department Spokesman P.J. Crowley said 164 Americans have been airlifted out, including 42 non-essential officials and employee family members and 72 private citizens who were taken out on Coast Guard C-130s. Another 50 private citizens left on an Iceland Air flight. There are 360 Americans registered to leave on evacuation flights that will continue Thursday.