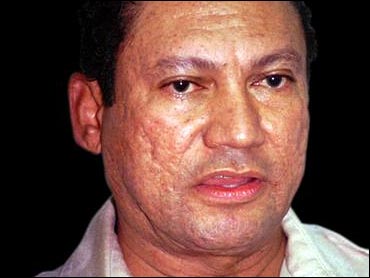 A judge on Wednesday temporarily blocked the extradition of former Panamanian dictator Manuel Noriega to France, giving his lawyers time to argue that his rights would not be fully protected there.

Defense attorneys have argued that Noriega should be sent back to Panama because he is a prisoner of war who merits the protections of the Geneva Conventions. They claim that there is "substantial reason" to believe that France instead intends to treat Noriega as a "common criminal."

Noriega's attorneys have until 9 a.m. Thursday to make their case, and federal prosecutors will have three more hours to respond, the judge ruled.

Noriega, 73, was captured by U.S. military forces in a 1989 invasion of Panama designed in part to remove him from power because of his links to Colombian drug lords.

Noriega was convicted in 1992 on U.S. drug racketeering charges and is due to be freed Sunday after finishing his prison sentence. His lawyers say the Bureau of Prisons plans to release him three days ahead of time to avoid public scrutiny, but Bureau spokeswoman Traci Billingsley denied that Wednesday.

Whenever he is released, a magistrate judge overseeing the extradition proceeding has ordered him held without bail. That means he would be transferred from a prison near Miami to the custody of the U.S. Marshals, Noriega attorney Frank Rubino has said.

Noriega was convicted in France on charges of laundering more than $3 million in drug proceeds through French banks, with some of the money used to buy luxury apartments in Paris, while he was jailed in the U.S. The French government agreed to give him a new trial if he was extradited, according to court documents.

The former dictator also was convicted in absentia in Panama on charges of embezzlement, corruption and murdering political opponents and sentenced to 60 years, but he could wind up serving only a fraction of that time or even get house arrest there under Panamanian law.

Panama has filed an extradition request but has not actively pursued it, according to court documents.