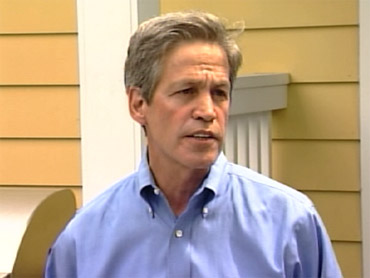 Norm Coleman, the Minnesota Republican who engaged in a protracted and nasty fightwith Al Franken over who won the 2008 Minnesota Senate race, is telling Alaska's Joe Miller the time has come to walk away.

"I think that race is over. I think the counting's been done. I'm not sure there's anything that would change that," Coleman told C-SPAN in an interview scheduled to air on Sunday.

The comments are striking because Coleman himself engaged in an eight-month battle for the seat he ultimately lost to Franken, one that involved bitter accusations between the campaigns and numerous court battles.

Miller upset Sen. Lisa Murkowski in the Alaska Republican primary in what was widely seen as a victory for his supporter Sarah Palin, as well as the Tea Party movement. But Murkowski elected to run a write-in campaign, and the state's estimates have her ahead by more than 10,000 votes. Miller argues that he may have won the race, and he has taken that argument to the courts.

Miller's campaign argues the count of the write-in ballots gave Murkowski an "unfair advantage" in part because the state used a "voter intent" standard, meaning it counted votes for Murkowski even if her name wasn't spelled exactly right (or there were other minor irregularities) on write-in ballots. Even if he wins that argument, however, it presumably wouldn't put him over the top, since Murkowski's lead is bigger than the number of votes challenged by Miller.

Miller has also suggested he wants a hand recount of all votes, and has complained that "the handwriting on many or all of the write-in ballots appears to be from the same person, or the same small group of 2 to 4 people," as TPM reports. That's one of a number of complaints by Miller, who also says some voters never showed proper identification.

In his C-SPAN comments, Coleman said that while he "understands [Miller's] concern," the Alaska Republican needs to allow there to be "some finality to these things." He said his advice to Miller is that the time had come "to move on."

"There's not much that you can gain by extending the process," Coleman said.