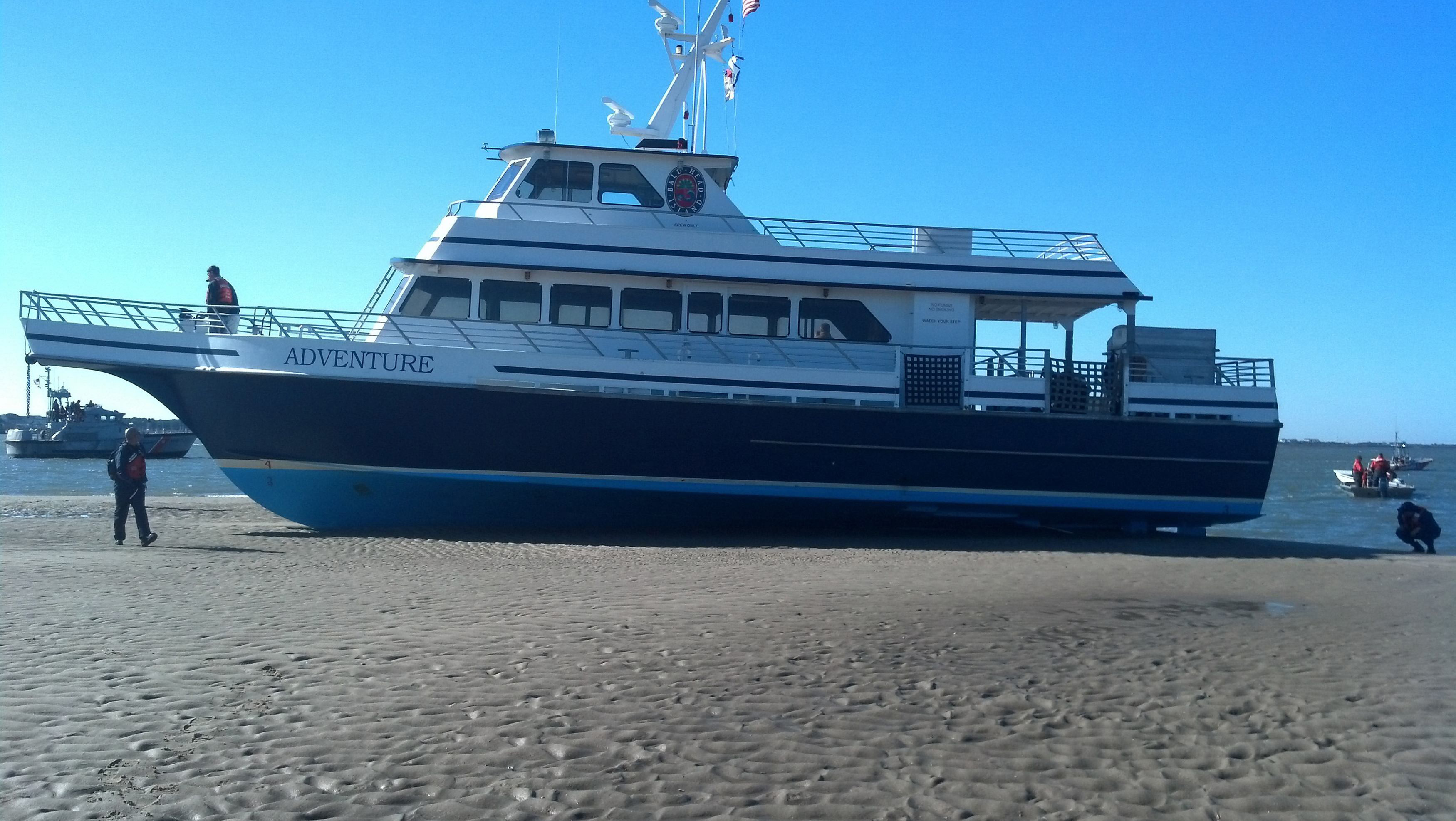 SOUTHPORT, N.C. - A private ferry heading to a resort island off of North Carolina ran aground near the mouth of the Cape Fear River Tuesday morning, sending passengers flying and injuring 14 people.

At least 30 people were on the ferry at the time of the accident.

Coast Guard officials said three vessels responded and transported 14 injured passengers back to Southport, where ambulances were waiting to take them to a nearby hospital.

Passenger Matthew Fleming told the StarNews of Wilmington that it was like "hitting a brick wall" when the ferry ran aground. He said the impact sent several people flying, leaving numerous passengers bloodied.

"We were cruising along. I figure it was full throttle," a shaken and limping Fleming said as he came ashore from a Coast Guard rescue boat. "It was a dead stop."

Water temperatures on Tuesday were about 50 degrees. The ferry ride between Southport and Bald Head typically takes 20 minutes.