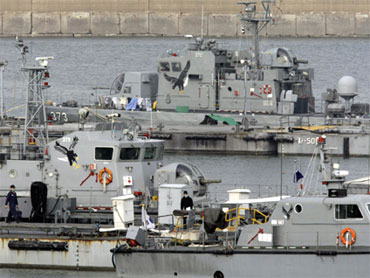 North Korea resumed firing artillery Thursday near its disputed western sea border with South Korea, an official said, a day after the country fired dozens of shells and prompted South Korea to fire back a barrage of warning shots.

North Korea fired several rounds of artillery toward the border early Thursday and the shells are believed to have landed in North Korean waters, an official at the Joint Chiefs of Staff said. The official, speaking condition of anonymity citing department policy, said South Korea didn't respond.

The poorly marked sea border is a constant source of tension between the two Koreas, with their navies fighting a bloody skirmish in November that left one North Korean sailor dead and three others wounded. They engaged in similar bloody skirmishes in 1999 and 2002.

On Wednesday, North Korea fired about 30 artillery rounds into the sea from its western coast in the morning and South Korea immediately responded with 100 warning shots from a marine base nearby, according to Seoul's Defense Ministry and Joint Chiefs of Staff.

The North fired more later Wednesday, with its military issuing a statement saying the firing was part of an annual drill and that the shelling would continue.

Meanwhile, North Korea announced Thursday that a second American had been detained for allegedly crossing the border from China into the communist nation illegally.

No casualties or damage were reported, as the North's volleys landed in its own waters while the South fired into the air, South Korean military officials said.

The exchange of fire came two days after the North designated two no-sail zones in the area, including some South Korean-held waters, through March 29.

The two Koreas are still technically at war because their 1950-53 Korean War ended with an armistice, not a peace treaty.