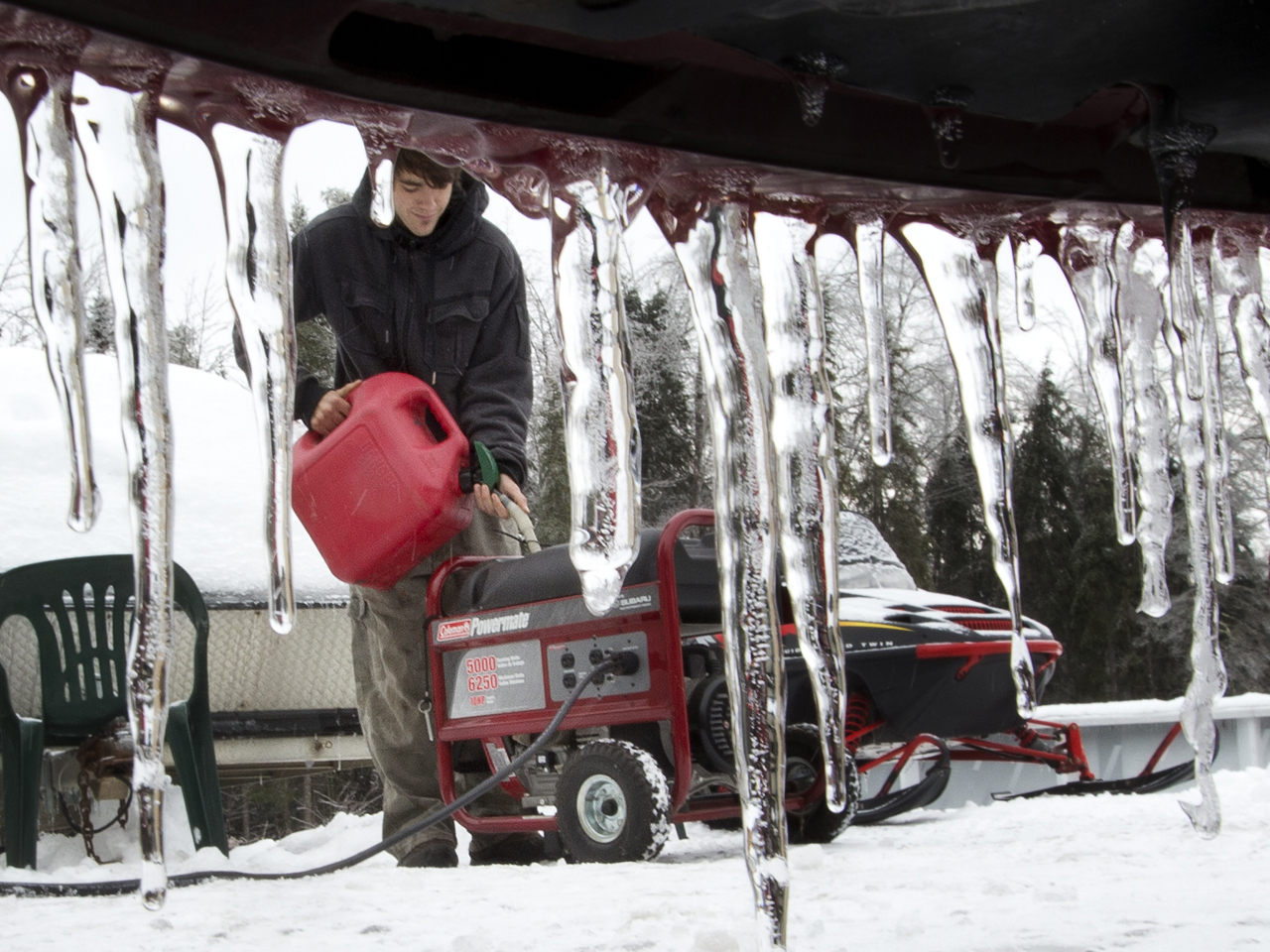 PORTLAND, Maine - Utility companies in Maine, New Hampshire and Vermont were bracing for more power outages as a fast-moving storm blanketed the region with heavy, wet snow that could wipe out the progress they've made.

About 19,000 New England customers were without power Monday morning.

Some parts of Maine received as much as a foot of snow Sunday, according to the National Weather Service.

State police in Vermont said by Monday morning they had responded to more than two dozen calls about cars sliding off snowy roads and tractor trailers unable to make it up hills. Most of the incidents happened on Interstate 91 between Rockingham and Weathersfield. No serious injuries were reported.

"The lion's share of the snow will fall in a narrow band from Bangor down through Waterville, Augusta, Lewiston, Gray, and down into Conway and North Conway, Laconia and down into Merrimack County," Hawley said.

Hawley said Concord, N.H., and southern Vermont could get 4-6 inches.

"It's going to be a heavy, sticky, wet snow," Hawley said. "It could create some more power outages."

As the storm system pulls away from Maine, a cold front is forecast to drop temperatures into the teens and low 20s late Monday, with some areas below zero degrees.

Bangor Hydro was reporting more than 2,028 outages Monday morning, the majority in Hancock County, the hardest-hit by the ice storm.

Spokeswoman Susan Faloon said the utility had not released the crews from New Jersey, Nova Scotia, New Brunswick and other areas that had helped restore service in the state in case they are needed again.

"We're concerned about this storm we're getting now," Faloon said.

She said some customers won't have power restored until Wednesday. Most are in Hancock County, which she described as "a huge mess."

Public Service of New Hampshire was reporting about 5,000 people out, including more than 800 in Claremont. Most of the outages were in the western part of the state.

Green Mountain Power spokeswoman Dorothy Schnure said snowfall on trees still caked with ice could prompt a new round of outages in the northwest region of the state. She said people in southeastern Vermont who did not lose power after last week's storm could be affected as well.

A week after an ice storm left parts of northern New England in the dark, a band of heavy, wet snow rumbled through the region. Green Mountain Power in Vermont was reporting 2,477 outages Monday morning, down from more than 11,600.

Vermont Electric Cooperative, which saw outages climb Sunday due to ice on trees and power lines, according to its website, had just over 400 outages.