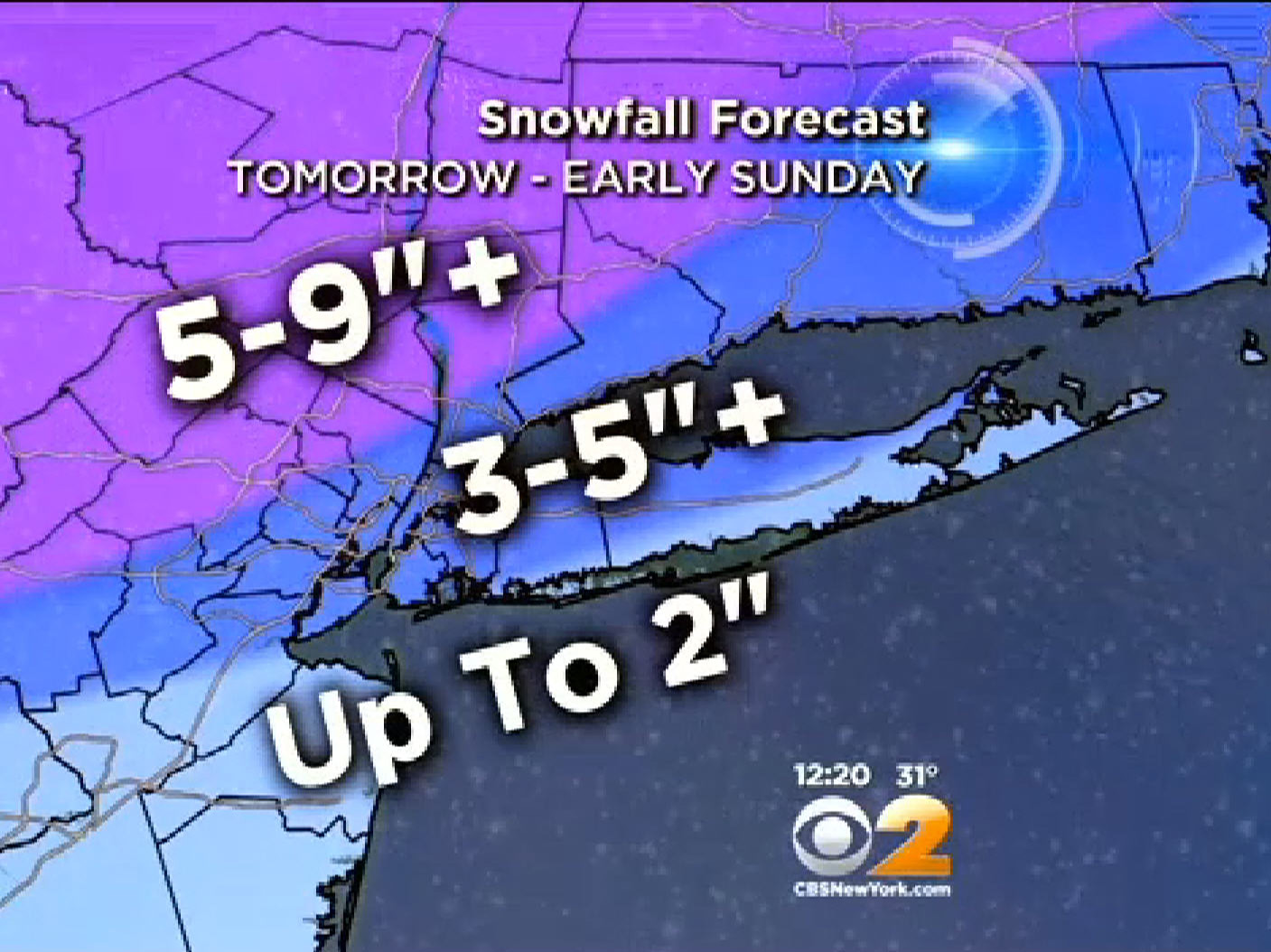 HARTFORD, Conn. - A snow and ice storm headed for the Northeast was expected to slow weekend travel by air, rail and highway and had utilities and airports on alert.

The National Weather Service said six to 12 inches of snow was expected from Saturday to Sunday in most of Connecticut, Massachusetts, New Hampshire and Rhode Island. Areas north and west of New York City also could get eight inches or more. And sleet and freezing rain were expected.

A saltwater solution applied to roads before storms won't work now because temperatures are too low and the saltwater would freeze, said Kevin Nursick, spokesman at the Connecticut Department of Transportation.

However, crews have treated highways before recent snowfalls with salt, helping to keep snow from bonding. And the storm will not affect work-day commutes.

"The timing is pretty good coming on a weekend," Nursick said.

Not so for retailers, who have less than two weeks before Christmas to clear their shelves and face the prospect of losing critical weekend sales.

Kathy Grannis, a spokeswoman for the National Retail Federation, said consumers will likely shop online. And the weekend before Christmas gives retailers and shoppers another opportunity after this weekend.

"If a big storm hits around 21st, 22nd, it will be a completely different story," Grannis said.

Matthew Brelis, a spokesman for Boston's Logan Airport, expects the brunt of the storm Saturday night, but will evaluate conditions as forecasts change.

"At some point, we'll start calling in more staff," he said.

Caroline Pretyman, a spokeswoman for Northeast Utilities, which serves electric and gas customers in Connecticut, Massachusetts and New Hampshire, said extra crews would be available beginning overnight Saturday to respond to outages.

And Metro-North, which runs trains between New York City and suburban Connecticut, Long Island and New York's Hudson Valley, said on its website it may reduce or suspend service "depending on the severity of the weather."

It cautioned that snow and sub-freezing temperatures can create moisture that could freeze brake lines, door mechanisms, switches and signals.

In Pennsylvania, two state high school football championship games were moved from Saturday to Sunday because of a predicted five to eight inches of snow.

John Wallace, spokesman at Bradley International Airport in Windsor Locks, Conn., said airport officials expected to meet with vendors and airlines on Friday to assess the impact of the storm. But he's not worried.

"It's New England. It's the wintertime. I think we're pretty well ready for whatever is headed our way," he said.