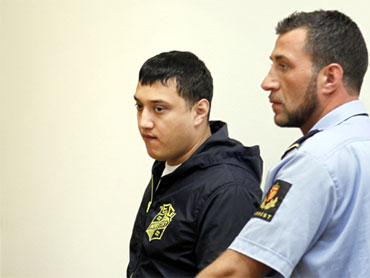 When police arrested a suspected al Qaeda cell in Norway last month they turned up the makings of a bomb lab tucked away in a nondescript Oslo apartment building.

An Associated Press investigation shows that authorities learned early on about the alleged cell by intercepting e-mails from an al Qaeda operative in Pakistan and - thanks to those early warnings - were able to secretly replace a key bomb-making ingredient with a harmless liquid when one of the suspects ordered it at an Oslo pharmacy.

Officials say the suspected plot against this quiet Nordic country was one of three planned attacks on the West hatched in the rugged mountains of northwest Pakistan by some of al Qaeda's most senior leaders. The other plots targeted the bustling New York subway and a shopping mall in Manchester, England.

Interviews with U.S. and European intelligence officials and documents reviewed by the AP paint the picture of a loosely organized cell that was doomed to fail long before Norwegian police raided its basement lab in suburban Oslo in July. The officials spoke on the condition of anonymity because they were not authorized to discuss the cases publicly.

The Norwegian plot's undoing, and that of its sibling plots in the U.S. and Britain, casts light on the potential pitfalls of al Qaeda's changing tactics in the decade since the massive, highly organized Sept. 11 attacks. In recent years, al Qaeda has grown increasingly decentralized and nimble, relying on amateurs to recruit local cells and carry out smaller-level attacks without extensive planning and hands-on training.

While such plots are harder to detect, they are also harder to manage - and the slack remote control they often require leaves greater room for operational error and sloppy tradecraft.

All three plots were thwarted after suspected operatives exchanged e-mails - sometimes poorly coded ones - in and out of Pakistan.

Authorities say the ringleader of the Norwegian plot is 39-year-old Mikael Davud, an Uighur who came to Norway in 1999 as part of a U.N. refugee program and then became a Norwegian citizen eight years later. Uighurs, a largely Muslim ethnic group in China, claim oppression at the hands of authorities there.

Davud was arrested July 8 along with suspected accomplices Shawan Sadek Saeed Bujak Bujak, a 37-year-old Iraqi Kurd, and a 31-year-old Uzbek national, David Jakobsen. Both are permanent residents of Norway.

The trio denies any connection to terrorist groups.

The Norwegian Police Security Service declined to comment on the case because the investigation is ongoing.

Despite his citizenship and longtime Norwegian residence, Davud speaks very little Norwegian or English and had few contacts in Norway to draw on when recruiting the cell, according to documents reviewed by the AP. He relied on Bujak and Jakobsen not only to obtain and store bomb-making materials, but also to navigate Norwegian society, officials said.

Davud's path to the al Qaeda plot began in Turkey, where he and his wife traveled in the fall of 2008, according to documents and officials.

There, Davud met an al Qaeda facilitator who remains at large but has been identified by investigators. That winter, he traveled from Turkey to a al Qaeda training camp in Waziristan, a lawless tribal region in northwestern Pakistan.

Davud was there around the same time as other men linked to the plots in New York and Manchester also received training, but officials say he did not attend the same camp, meet them or know about the other cells.

In May 2009, shortly before he returned to Norway, Davud sent an e-mail to a Gmail address that authorities believe belonged to a midlevel al Qaeda operative in Peshawar, Pakistan, known as Ahmad. Ahmad also communicated with the New York and Manchester plotters, via a Yahoo! Mail account accessed at the same computer, and he is one of the key links connecting the plots, officials said.

This long-distance coordination - and the electronic trail it leaves behind - helped intelligence officials unravel the plans.

U.S. authorities, who were already watching Ahmad's e-mails, picked up on Davud's earliest correspondences and alerted their Norwegian counterparts, who began monitoring him as he returned to Norway from Turkey. Authorities had arrested 12 men in Manchester in April and would arrest three others in New York later in 2009. Of the New York men, two would eventually plead guilty to terror charges.

After several unanswered messages, Davud made contact and began to exchange e-mails with Ahmad, who signed off as "Ismail."

In the e-mails, Davud promises to pay off an unspecified "debt" and, like the New York and U.K. plotters, seeks what officials believe may be bomb-making guidance using coded language.

After returning to Norway in June 2009, Davud re-established contact with his old acquaintances Jakobsen and Bujak, officials said. While Davud knew both men well, they did not know each other.

Within two months, authorities believe, the plot was in motion.

Documents reviewed by the AP show that over two weeks in late August and early September 2009, Davud tapped Jakobsen and Bujak, separately, to help him buy the materials that police would later seize from the basement of Bujak's Oslo apartment. Those included nail polish remover, a one-liter bottle of 30-percent hydrogen peroxide, citric acid, flour and laboratory equipment, including a scale, gloves and dust masks.

The acetone in nail polish remover, hydrogen peroxide and acid can combine to produce the explosive triacetone triperoxide, or TATP, which served as a detonator for the bombs used by the terrorists who carried out the 2005 London bombings that killed 52 people. U.S. authorities believe the three New York men also intended to use TATP in that city's subway.

Flour and hydrogen peroxide can be used to make a larger explosive.

Davud has told police "the purpose (of the chemicals) was for legitimate civil use," said his lawyer, Arild Humlen.

When Davud asked Jakobsen to order the peroxide - common to both TATP and main-charge bomb recipes - from an Oslo pharmacy, Norwegian authorities acted to ensure that, no matter how the plot unfolded, the men would be unable to detonate an explosive, according to documents and officials.

Overnight, police moved to have the pharmacy give Jakobsen a dummy liquid that resembles hydrogen peroxide but would not work in a bomb.

What happened next suggests some of the many problems that can set back the kinds of terrorist operations - driven by poorly vetted, undertrained amateurs - that al Qaeda has come to rely on since losing a stable sanctuary and much of its top leadership following the U.S.-led invasion of Afghanistan.

Unlike the New York plotters, Davud and his alleged accomplices never attempted to make bombs, and in contrast to both the other plots, the suspected Norway cell never chose a target.

Investigators believe one reason could be that, in September 2009, shortly after obtaining the chemicals, Davud was briefly detained by police - for reasons that are unclear - during a monthlong trip to Turkey.

Officials say the incident spooked Davud, who began to behave in a more secretive fashion upon his return to Norway.

For example, Davud had received from an unidentified contact in Turkey four passport photographs of a suspected al Qaeda affiliate. Back in Norway, he asked Jakobsen to obtain a fake passport from an Eastern European country for the man, but told Jakobsen only that the man was a relation he wanted to bring to Norway.

Then, in November, Ahmad stopped responding to Davud's e-mails.

The following month, al Qaeda's chief of external operations, Saleh al-Somali, who officials believe helped organize the New York, Manchester and Norway plots, was killed in a CIA drone strike in Pakistan. Ahmad answered to al-Somali and his captains, and while there's no definite connection, the timing suggests the traceable electronic communication required to coordinate the three plots may have contributed to their organizer's demise.

In the meantime, a fissure had developed in the Norway cell.

In late 2009, Jakobsen went to Norway's Police Security Service and began providing information on Davud's activities after what he described as a worrisome change in the Uighur's behavior, Jakobsen's lawyer Kjell T. Dahl said this summer.

"There are strengths and weaknesses in decentralization," said Magnus Norell, a terrorism expert at the Swedish Defense Research Agency. "It's a strength because it's difficult to find these plots unless you stumble upon them or have very good intelligence. Also, you can bring in people who might not be able to join otherwise. The weaknesses - they came to the surface in these cases."

Although the bomb plot stalled, Davud apparently did not. Officials believe that, despite the loss of contact with al Qaeda in Pakistan, Davud had his next move in the works. He was planning to travel abroad sometime later this summer, according to documents and officials.

While authorities do not know exactly where he planned to travel or why, they suspect he may have been aiming to meet an al Qaeda-related contact, possibly one of several in Turkey tied to the facilitator who brought him to the training camp in Waziristan.

Davud and the two others remain in detention in Norway awaiting trial, which is expected to begin sometime next year.

Norwegian prosecutors have said they plan to file terror conspiracy charges against the men, who face up to 12 years in prison if convicted. The suspects' lawyers say their clients intend to plead not guilty.
By Associated Press Writer Ian MacDougall. Matt Apuzzo and Adam Goldman in Washington; David Stringer in London; Kirsten Grieshaber in Berlin; and Suzan Fraser in Ankara, Turkey, contributed to this report