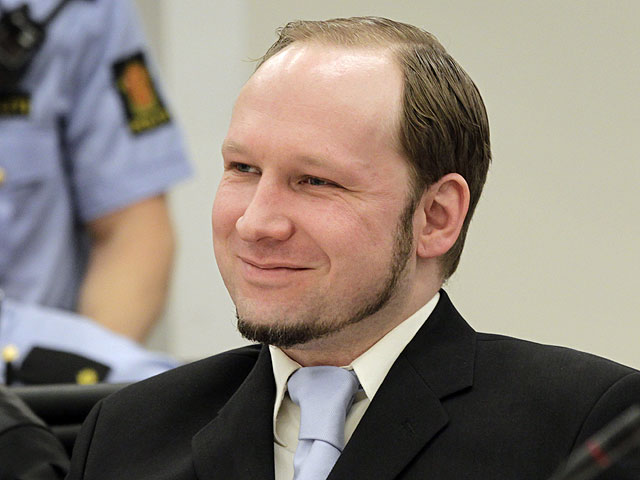 (AP) OSLO, Norway - Prosecutors on Thursday asked a court to send confessed mass killer Anders Behring Breivik to a mental institution instead of prison for his massacre of 77 people in a gun and shooting rampage.

If the court comes to the same conclusion when it issues its ruling, expected next month, it would mean that Breivik would avoid criminal responsibility for Norway's worst peacetime massacre.

The attacks at Norway's government headquarters and a youth summer camp would then not be considered acts of political terrorism, but the work of a blood-thirsty madman.

"We request that he is transferred to compulsory psychiatric care," prosecutor Svein Holden told the court in closing arguments.

Though there was conclusive evidence that Breivik was psychotic during the July 22 attacks, there were enough doubts about his sanity that he cannot be sentenced to prison under Norwegian law, Holden said.

The defense is likely to refute the insanity finding on Friday, the last day of the 10-week trial. Breivik, who styles himself as an anti-Muslim militant, claims he is sane and that his attacks were motivated by his political views.

Just like when the trial stared in mid-April, the 33-year-old Norwegian flashed a clenched-fist salute with his right arm before he was led out of the court on Thursday.

Earlier in the trial, Breivik said the psychiatric dimension of the case was a way for Norwegian authorities to ridicule him and divert attention from his ideology.

Breivik claims Norway and Europe are being colonized by Muslims, who make up about 2 percent of Norway's population. He has said he selected his targets — a government high-rise and a summer camp for the governing Labor Party's youth organization — to strike against the political forces he claims betrayed the country with liberal immigration policies.

Two teams of psychiatrists reached opposite conclusions about his mental health. The first team diagnosed him with "paranoid schizophrenia," a serious mental illness which would preclude a prison sentence. The second team found him legally sane, saying he suffers from a dissocial and narcissistic personality disorder, but is not psychotic.

Prosecutors said one of the key challenges to Breivik's sanity was his insistence of belonging to a militant anti-Muslim modeled after the Knights Templar, a Christian military order during the crusades, even though investigators have found no trace of the network.

Though Breivik tried to tone down the significance of the network during the trial, he maintained that it exists and that there are two other cells in Norway.