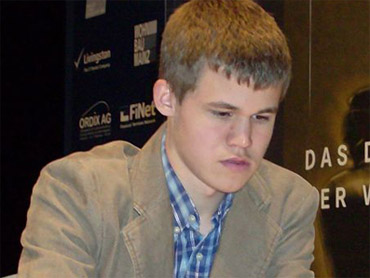 Norway's Magnus Carlsen has become the youngest person ever to top the world ranking in chess.

The 19-year-old was listed as number one in the World Chess Federation's January statistics with a rating of 2,810.

The Norwegian Chess Federation Monday said Carlsen is the youngest person to hold the title since ratings were introduced in 1971.

The Russian grandmaster has been coaching Carlsen and in his blog the teenager thanked Carlsen for helping him reach the top.

Carlsen has competed in chess since childhood and became a grandmaster at 13. He tops the rankings ahead of Bulgaria's Veselin Topalov and Viswanathan Anand of India.