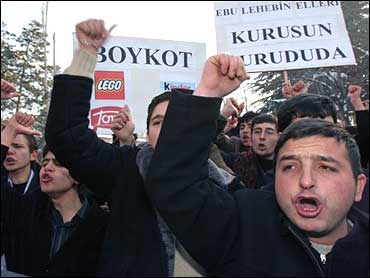 Ken Belanger again found his name on the New York Islanders' scoresheet. This time, it was in the goal column.

first goal of the season started a three-goal outburst in the second period as the Islanders held on for a 3-2 victory over the Philadelphia Flyers Saturday night.

Bryan Smolinski and Mike Watt also scored as the Islanders handed the first-place Flyers consecutive losses for the first time this season. The Islanders also extended their unbeaten streak at home against Philadelphia to six (5-0-1). The last Philadelphia victory at the Nassau Coliseum was on Mar. 2, 1996 by a 6-2 score.

Belanger's goal came off a three-on-two rush at 3:14 of the second period. Skating along the left wing, he took Smolinski's hard pass and wristed the puck between Vanbiesbrouck's legs.

"I was kind of surprised he passed it," Belanger said. "I was going to go down low, but he gave it to me, and (Vanbiesbrouck) showed me five-hole, and I took it."

Smolinski said it didn't matter that it was Belanger who got the pass.

"If he's open, I'm going to get him the puck regardless of who it is," Smolinski said. "Not to takanything away from him, but I was kind of surprised that he got it. It was a very hard pass."

Watt scored his first goal of the season 2:30 later when his turnaround wrist shot deflected past Vanbiesbrouck off defenseman Chris Therrien's skate. And Smolinski poked a loose puck past Vanbiesbrouck from an odd angle at 11:49, and the Islanders had a 3-0 lead.

"They got the bounces tonight," Vanbiesbrouck said. "That's what this game is. The first goal was a real good shot, but they got the breaks on the next two goals and that sort of broke us."

Valeri Zelepukin put a wrist shot past Salo with 5:29 left in the game, and Mike Maneluk -- off a giveaway by Belanger -- scored with 67 seconds left.

The Islanders then hung on, as Salo turned aside three shots in the last minute, including Dan McGillis' wide-open slap shot from center ice with 5.4 seconds left. Salo wound up with 28 saves.

"Let's not make it interesting every night," Islanders defenseman Rich Pilon said. "We have to take care of business for a full 60 minutes."

Belanger, who had three career goals and 246 penalty minutes in his previous 71 NHL games, said that the more ice time he gets, the more confidence he can gain.

"It's all confidence -- that's what it (boils) down to," Belanger said. "I loved the way Cam Neely played. He came up and established himself as a physical presence for a few years, and then evolved. (I want to be an) everyday player -- that's my ultimate goal."