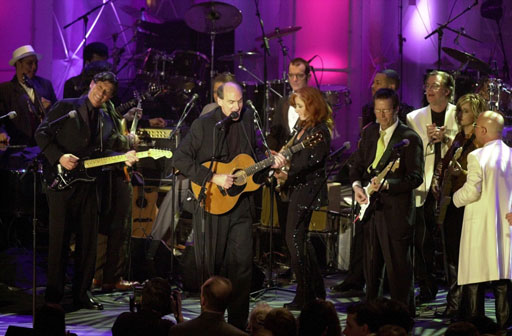 Who could blame the Buffalo Sabres for wanting to spend more time in Tampa?

Buffalo also extended its unbeaten streak to eight against the Lightning (7-0-1), improving to 10-1-1 all-time at Tampa Bay.

"I think sometimes you get a team's number," Sabres coach Lindy Ruff said. "That can come and that can go. Obviously the team has played well against them."

Peca's second goal, on a slap shot from the right circle, put the Sabres up 5-3 with 6:46 left in the third period. Michael Grosek added a goal with 2:23 to play.

"We felt like after the second period, the game is almost over," Hasek said. "All of a sudden the game was 4-3 and they had a couple more chances. They made a mistake, Michael Peca scored the fifth goal and the game was over."

Hasek, pulled after one period in Saturday's 6-2 loss at Florida, was strong throughout despite allowing three goals. The two-time Hart Trophy winner made several key point-blank stops, including a sliding poke check during a breakaway by Alex Selivanov and a nifty glove save on Stephane Richer.

"It was a very important game for us after yesterday against the Florida Panthers," Hasek said. "I think we can play a better game, but we scored six goals and we should win scoring that many goals."

Goals by Darcy Tucker and Wendel Clark, who returned after missing two games with a groin strain, brought the Lightning within 4-3 midway through the final period.

"We've got to start playing the kids. Some veterans might hve to pay the price," Demers said. "The future of the franchise are the kids."

Curtis Brown and Peca put the Sabres up 2-1 after one period. Dixon Ward and Matthew Barnaby added second-period goals.

Brent Peterson had the other Lightning goal, in the first period.

The teams traded goals 21 seconds apart early in the first period, before Peca put Buffalo up 2-1 at 16:29. Positioned near the left post, Peca deflected James Patrick's ankle-high shot from the slot.

"Nobody got down whatsoever," Peca said. "Once we got a goal, we started to turn it up and we really took the game over."

Peterson opened the scoring at 1:15. Brown, who snapped Lightning goalie Corey Schwab's 93-minute shutout streak against Buffalo, tied it at 1:36.

Schwab made his first appearance since Dec. 31, 1997, but got pulled with 8:17 left in the second period after allowing four goals on 20 shots. The goaltender had been recalled from Cleveland of the IHL on Nov. 22.

The Sabres were without right wing Rob Ray, who was suspended Sunday pending a hearing this week for a match penalty Saturday at Florida. Also sitting out were Alexei Zhitnik (groin), Richard Smehlik (bruised quadricep) and Paul Kruse (hip flexor).