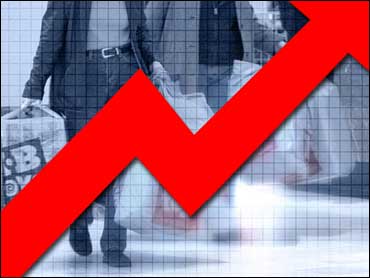 Consumers — the lifeblood of the economy — showed a burst of holiday cheer and ratcheted up their spending by 0.5 percent in November, the biggest increase in four months.

The sizable gain in spending followed a solid 0.4 percent increase in October, the Commerce Department said Monday. The report reinforced the belief among economists that consumers will keep their pocketbooks and wallets open wide enough to prevent the economic recovery from fizzling.

The 0.5 percent spending increase registered in November was slightly stronger than many analysts were predicting. They were forecasting a 0.4 percent advance.

Americans' incomes — including wages, interest and government benefits — rose by 0.3 percent in November for the fourth month in a row. That also was a bit stronger than the 0.2 percent increase in incomes that analysts were expecting.

"The American consumer today is jittery, jittery about jobs. People who have jobs feel that there is a very real possibility that they might be laid off," he said.

"When the books are closed, this year will be up over the prior year — not by much but certainly by the rate of inflation," he told CBS Radio station WBZ-AM in Boston.

"Clothing seems to be doing very well — that's been up and down over the last few years — and a lot of the electronics seem to be doing well."

Consumers — whose spending accounts for two-thirds of all economic activity in the United States — have been the main force carrying the economy all year.

The 0.5 percent advance in spending marked the largest increase since July.

So far this year, consumer spending has been supported by a number of factors. They include: low interest rates, zero percent financing offers, rising home values and extra cash left from a flurry of home mortgage refinancing. Those factors have been offsetting negatives one including the turbulent stock market and a stagnant job market.

Greenspan also said that although consumer debt is high, households are managing that debt well.

"As a consequence of low interest rates, the servicing requirement for that debt relative to homeowners' income is roughly in line with the historical average," Greenspan said, adding that consumers' debt burden, therefore, is "not a significant cause for concern."

In November, consumer spending on "durable" goods, such as cars and appliances, jumped by 1.5 percent, the biggest gain since August 2000. November's increase also marked a turnaround from the 1.4 percent decline in spending on durable goods recorded in October.

On "nondurable" goods, such as food and clothing, spending rose by 0.4 percent, down from a 0.8 percent increase in October.

And, spending on services went up 0.4 percent in November, following a 0.5 percent gain.

Americans' disposable, or after-tax, income rose 0.4 percent in November for the fourth month in a row.

With spending outpacing income growth, the nation's personal savings rate — savings as a percentage of after-tax income — dipped to 4.3 percent in November from 4.4 percent in October.

The Federal Reserve, keeping an eye on the economic recovery, decided to hold interest rates at a 41-year low of 1.25 percent at its meeting earlier this month, after slashing rates by a bold half-point at its previous meeting in November.

By keeping rates low, Fed policy-makers hope consumers will be inclined to keep spending and businesses to ramp-up investment, forces that would bolster economic growth.

Many economists believe the Fed will keep rates at that low level at its next meeting in late January.

The economy — knocked out by last year's recession — has been struggling this year to get back to full throttle. Economic growth has been uneven all year, displaying a seesaw pattern. While consumers have been doing their part to keep the economy going, businesses have not.

Companies worried about economic uncertainties, including a war with Iraq and feeling profits pinched, have been reluctant to make big commitments in new investment and in hiring, forces restraining the recovery.