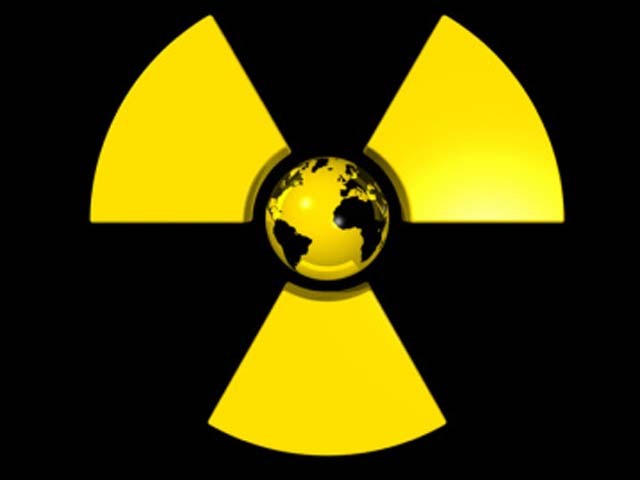 An international team of researchers has completed the most precise measurement of the Earth's radioactivity to date. By analyzing subatomic particles streaming out of the interior of the planet, the geologists and physicists discovered that the radioactive decay of several elements generates roughly half of the Earth's total heat output. Their results were published recently in the journal Nature Geoscience.

Radioactive decay is a natural process where an unstable atom loses energy by emitting particles (thus decaying into smaller atoms). Radioactive decay can sometimes release neutrinos: tiny, electrically neutral, and nearly massless elementary particles that pass through most normal matter with little to no interaction. Because of their ability to phase through matter mostly unaffected, these ghostlike particles are very hard to detect. Like all other particles, neutrinos have anti-siblings, called antineutrinos. A proton can sometimes capture an antineutrino, which then splits into a neutron plus a positron (an anti-electron).

That positron will annihilate when it hits an electron, releasing energy that can be detected with very sensitive instruments, such as the Kamioka Liquid Scintillator Antineutrino Detector (KamLAND) deep in the Japanese Alps. If absorbed by a proton, the neutron will emit a gamma ray, providing a secondary signal for KamLAND and allowing researchers to make sure they're not just detecting background noise. Between 2002 and 2008, particle physicist Itaru Shimizu of Tohoku University in Sendai, Japan, and his colleagues detected antineutrinos with KamLAND. Overall, they counted over 800 antineutrinos.

By looking at the amount of energy released in the antineutrino interactions, the researchers determined that a little over 100 of the particles detected came from natural radioactivity within the mantle and crust of the Earth, particularly from the decay of uranium-238 and thorium-232 (the rest resulted from other sources like nuclear reactors and cosmic rays). The team then estimated that for each second that passes, about 4.3 million of the uranium and thorium-generated particles pass through each square centimeter of Earth's surface, according to Science NOW.

"One thing we can say with near certainty is that radioactive decay alone is not enough to account for Earth's heat energy," physicist Stuart Freedman, who collaborated on the project, said in a prepared statement. "Whether the rest is primordial heat or comes from some other source is an unanswered question."