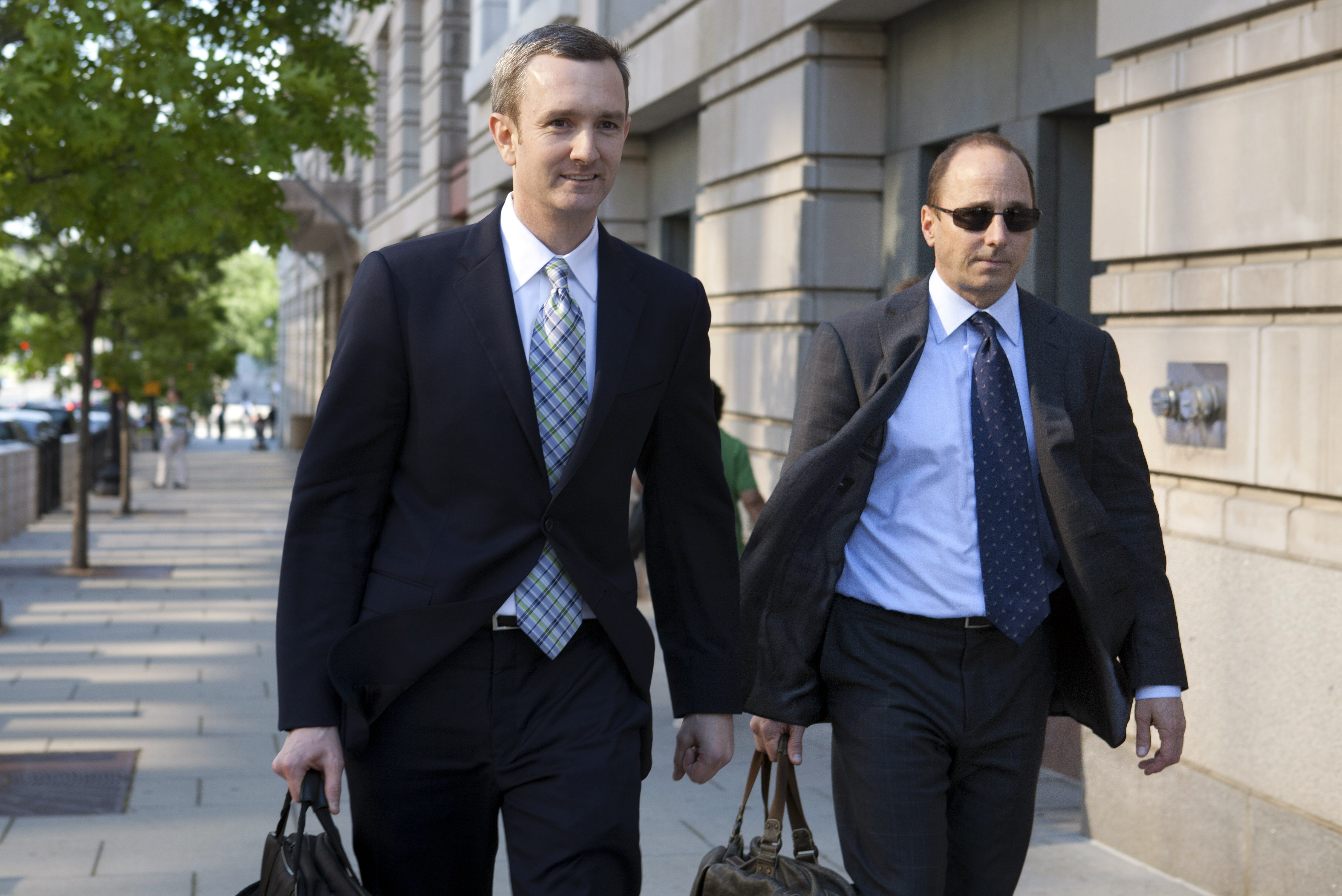 (AP) WASHINGTON - No one worked harder than Roger Clemens. He would will himself to win. The New York Yankees traded for him after winning the World Series because they didn't want complacency to set in.

Those were all characterizations made Thursday by Yankees general manager Brian Cashman, ostensibly a government witness in Clemens' perjury trial. But like former Clemens teammate Andy Pettitte a week before, he sometimes sounded more like a defense witness.

The more he praised Clemens, the more he complicated the government's attempt to win a conviction. The idea that Clemens worked harder than anyone, in particular, is a theme the defense has used to explain how the 11-time All Star pitched successfully into his 40s.

"He brought people together," Cashman said on the witness stand, about 20 feet from Clemens. "He was a great leader."

And a good guy, to boot.

"He treated the 25th man as well as the second-best player on the team," Cashman gushed.

Clemens is accused of lying to Congress in 2008 when he denied using steroids or human growth hormone. The key government witness, former Clemens strength coach Brian McNamee, said he injected the seven-time Cy Young Award winner with both drugs during the 1998, 2000 and 2001 major league seasons .

The government called Cashman as a witness to try to establish Clemens' dependence on McNamee. Prosecutors focused on a 1999 playoff loss to the Boston Red Sox after which, Cashman testified, the injured Clemens asked that the Yankees hire McNamee. The pitcher and strength coach had worked together with the Toronto Blue Jays.

Cashman said he went to the visitor's clubhouse at Fenway Park and found Clemens with ice on his leg and frustration on his face.

"He talked about how he clicked with Brian McNamee," Cashman said. "He knew his body. Brian knew how to train him, push the right buttons on him."

McNamee was hired by the Yankees — a decision made by then-owner George Steinbrenner — the following year at a salary of $30,000. The title was assistant strength and conditioning coach, but as Cashman put it: "His duties were to train Roger Clemens."

Guided by cross-examination from Clemens lawyer Rusty Hardin, Cashman even sought to turn Clemens' low-point season of 1999 into a positive. The prosecutors have suggested that Clemens' difficulties during his first season with the Yankees grew out of his withdrawal from McNamee's drug treatments.

That year, the pitcher had a mediocre 4.60 ERA, but Hardin asked if that was really a bad year, or just a subpar year by Clemens' high standards.

"Less hits than innings pitched," Cashman mused aloud as he read the stats that had been entered into evidence.

"Yeah, I'd take that," the GM of the pitching-starved Yankees quipped.

"You'd hire a pitcher for that, wouldn't you?" Hardin said.

Cashman also related how McNamee's tenure with the Yankees went sour. McNamee lured players away from the head strength and conditioning coach, Cashman said, and instructed pitchers about their throwing motions, a job meant for the pitching coach.

Then there were misadventures in Florida and Seattle in 2001. The jury heard about them mostly in general terms as the judge has excluded details considered irrelevant to this case, but it was enough to cast aspersions. By the end of 2001, Cashman decided he'd had enough. McNamee's contract was not renewed.

McNamee is expected to take the stand when testimony resumes on Monday, the start of the fifth week of the trial.