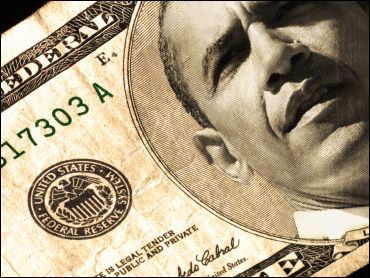 Barack Obama, who rewrote the book on presidential fundraising, amassed more than $745 million during his marathon campaign, more than twice the amount obtained by his rival, Republican John McCain.

In his latest finance report, Mr. Obama reported raising $104 million in more than five weeks immediately before and after Election Day. It was his second biggest fundraising period and a fitting coda to a successful presidential bid that shattered fundraising records.

In the end, Mr. Obama still had $30 million left over.

Overall, Mr. Obama exceeded the combined finances of the two major parties' nominees four years ago. George W. Bush and John Kerry pulled in a total of $653 million in the 2004 primary and general election campaigns, including federal public financing money.

Mr. Obama's prowess at attracting money, one of the many characteristics that defined his campaign, could well spell the end of a 30-year experiment in public financing of presidential contests.

After initially vowing to take public funds if McCain did, Mr. Obama became the first presidential candidate since the campaign finance reforms of the 1970s to raise private donations during the general election.

The final numbers underscore how pivotal the two candidates' strategies were for funding their general election campaigns: McCain accepted $84 million in taxpayer money through the public financing system; Mr. Obama gambled that he could raise far more from private money.

The two campaigns spent identical amounts in June, $25.6 million each. But from there the numbers diverged widely in September and October when the Obama financial juggernaut swamped McCain. By the end, the Democrat was outspending his rival four to one. The reports submitted by the campaigns on Thursday covered the period from Oct. 15 to Nov. 24.

McCain relied heavily on the Republican National Committee to help narrow the financial discrepancy. But even with the party resources Mr. Obama had a vast money advantage.

The party committee couldn't escape one of its most awkward moments of the campaign. After spending nearly $150,000 on clothing and accessories for McCain's running mate Sarah Palin in September, the party reported spending more than $23,000 in additional accessories in the latest finance document. The spending ranged from $4,384 at Saks Fifth Ave. to $2,130 at Nieman Marcus to small purchases at Wal-Mart and CVS.

Party spokesman Alex Conant said Thursday that the expenditures listed in the party's October and December reports "were the result of coordinated expenditures at the campaign's direction."

"Accessories have been returned, inventoried, and will be appropriately dispersed to various charities," Conant said.

But while Mr. Obama has made much of his large number of donors, the nonpartisan Campaign Finance Institute found that Obama collected about 26 percent of his total haul from people who gave less than $200 - about the same as President George W. Bush did in his 2004 campaign.

And like other campaigns, Mr. Obama's relied for nearly half of its fundraising on big donors, those who gave $1,000 or more, a finding that "should make one think twice before describing small donors as the financial engine of the Obama campaign," the institute reported.

Mr. Obama reported having nearly $30 million in the bank at the end of the reporting period and nearly $600,000 in debts. McCain reported $4 million in the bank, nearly $5 million in debts and $1 million owed to the campaign committee. McCain also filed a report for a compliance fund, used to cover expenses associated with his acceptance of public funds. He reported $25 million left over in that account.