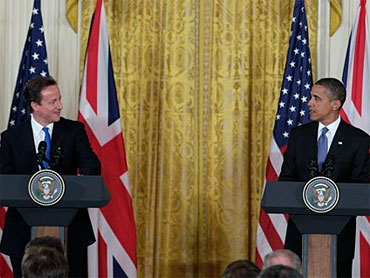 They discussed Afghanistan, Pakistan and Cameron's recent visits to India and Turkey. In India, Cameron accused elements in Pakistan of exporting terrorism.

Cameron's spokesman, speaking on condition of anonymity in line with policy, said that on the Middle East, the leaders "agreed on the need for the parties to move as soon as possible to direct peace talks."