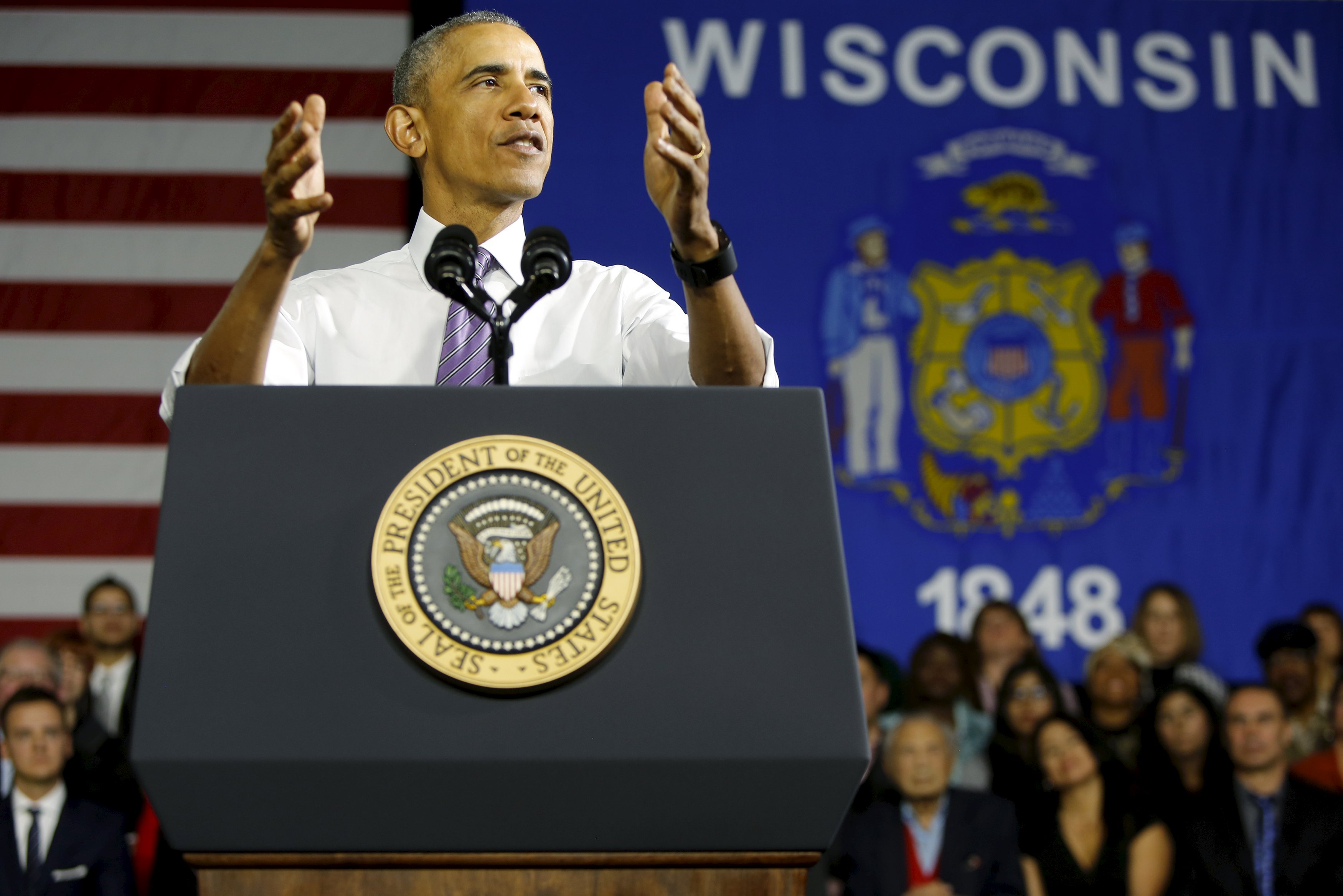 "The Affordable Care Act -- aka Obamacare -- is saving lives and saving money," the president said at a Milwaukee community center. But, commenting on the political debate over health insurance coverage, "you wouldn't know any of this if you listened to the politicians on the other side... who are set on repealing the law."

"This is an issue of ideology," the president said, noting that Congressional Republicans had voted to repeal the law "about 60 times."

In contrast, Mr. Obama added, "they've told you what they'd replace it with about zero times."

He also slammed former GOP presidential candidate and Wisconsin Gov. Scott Walker as well, who he said was "denying Wisconsinites their ticket to health insurance" because "it's political."

More than 38,000 Milwaukee-area residents signed up for health coverage. That's out of about 51,000 uninsured people who were eligible to enroll. The city's sign-up ratio was the highest among the 20 cities competing in the president's "Healthy Communities Challenge." The winning city was promised a visit by the president, who is also using the trip to promote the Affordable Care Act.

For the first time, more than 9 in 10 Americans have health insurance. And the number of uninsured has dropped from about 44.8 million in 2013, the year before the health care law's big coverage expansion, to about 28.8 million, according to the latest estimates.

Still, polling continues to show that slightly more Americans view the law unfavorably than favorably. And repealing the law has been a mantra of Republicans running for federal office as critics argue that the law's mandates have increased coverage costs unnecessarily.

"Republicans and our critics have spent hundreds of millions of dollars distorting the truth about this law, fueling conspiracy theories about this law," White House deputy press secretary Eric Schultz told reporters traveling with the president. "There's no question that that's going to have an impact."

Obama is using part of his final year to visit communities that he says have benefited from his presidency. Obama hailed the rebound of the auto industry during a recent trip to Detroit. His visit to Milwaukee comes just before the sixth anniversary of his signing the Affordable Care Act on March 23, 2010.

During the latest enrollment period, Milwaukee officials held sign-up events at libraries, delivered thousands of fliers and participated in phone banks to walk residents through the process.

After arriving in Wisconsin, Obama went to lunch with a few people who wrote letters to him describing how the Affordable Care Act helped them.

One of the diners, Brent Brown of Mosinee, Wisconsin, told Obama he didn't vote for him in either election and, in fact, actively campaigned against him. But Brown credited the health care law with saving his life after he was diagnosed with an autoimmune disease and drained his bank account until he could no longer afford the care he needed, the White House said.