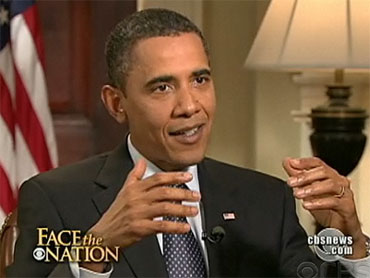 (CBS)
After taking on the likes of Jim DeMint and John Boehner over everything from billion dollar bailouts to health care reform, how hard could it be for President Obama to sweet talk foreign leaders like Israel's Bibi Netanyahu or Dmitry Medvedev of Russia?

Answer: Harder than it seemed only a few months ago.

While Mr. Obama has made significant domestic headway - cap and trade has cleared the House of Representatives, some sort of health care reform legislation is likely, he got Congress to OK a $787 billion stimulus bill and his executive orders overturned several Bush-era policies - the president doesn't have much to show internationally.

It's still early in his presidency but the rush of enthusiasm that greeted his election victory last November has subsided and given way to impatience -and in some cases disgruntlement. Mr. Obama's prodigious skills as an orator raised expectations overseas that the new U.S. administration would mark a sharp break with Bush-era policies. Many of those hopes have been replaced by a more sober view of political life in Washington D.C.

A recent piece in the British Guardian expanded on that theme with the title, "Obama the impotent."

"Unless Barack Obama is able to demonstrate a better level of political skill than he has shown so far, everyone needs to fasten their seatbelts. The world is about to enter a challenging phase where the US – the undisputed leader of the free world for the past 60 years – is going to rapidly cede its place at the head of the line."

To be fair, nobody believed President Obama would clean up the mess handed to him overnight. But the longer the president goes without demonstrating results, the more others are willing to test U.S. leadership. But it is true that President Obama, restrained by the realities of a united Republican opposition in Congress, is a lot less of a transformative figure than the one promised by Candidate Obama. Consider the following:

• Environment
As the top emitter of greenhouse gases, the U.S. also remains the world's biggest per capita emitter of carbon. Despite his campaign statements - the administration's committed to reducing greenhouse gases 80% by 2050 - the Europeans don't believe Mr. Obama is moving fast enough to reverse damage to the environment. While China readies new measures to reduce pollution, it's unlikely that anything will pass the Senate on climate change this year. For the "greenest" president yet, there's the perception that he's too weak to get a recalcitrant domestic opposition to pass his agenda.

• Financial Reform
The rest of the world watched dumbfounded as Wall Street paid itself billions in bonuses last year, even after receiving billions of dollars in bailouts from Uncle Sam. While the president has talked a good game on reform, he has little so far to show. With the same guys who nearly blew up the world economy last year still in control, world leaders are puzzled whether this is what Mr. Obama means by financial reform. As Juan Cole notes, the move by European countries to impose a cap on these bonuses, paradoxically casts Obama as "defending Wall Street excess to the rest of the world."

• Israel-Palestine
Despite Tuesday's glorified photo op in New York with Netanyahu and Palestinian President Mahmoud Abbas, Mr. Obama hasn't been able to nudge the two sides to restart peace negotiations. Writing in the Washington Post, Harvard professor Stephen Walt says that the president's determination to find a two-state solution is being distracted by other pressing issues, including the economy, the fight over health-care reform, Afghanistan, and Iran's nuclear program.

• Prisoner Detention
The U.S. continues to claim the right to detain terrorism suspects at its Guantanamo, Cuba prison without criminal charges, the same as the Bush administration. This remains a source of disappointment for many U.S. allies who argue that the international laws of war do not justify the detentions.

What's more, the longer he goes without demonstrating results, the more others are willing to test U.S. leadership. Writing in the

"The Saudis twice said no to his request for normalization gestures towards Israel (at Barack Obama's meeting with King Abdullah in Saudi Arabia, and in Washington at meetings with Hillary Clinton). Who says no to the American president twice? What must they think of Obama in the desert kingdom? "

"The North Koreans said no to repeated attempts at talks, by test-launching long-range missiles in April; Russia and China keep on saying no to tougher sanctions on Iran; the Iranians keep saying no to offers of talks by saying they're willing to talk about everything except a halt to uranium enrichment; (Abbas) is saying no by refusing to meet with (Netanyahu) until Israel freezes all settlement construction; the Israelis said no by refusing to agree to a settlement freeze, or even a settlement moratorium until and unless the Arabs ante up their normalization gestures. Which brings us back to the original Saudi no."

One big breakthrough, however, and Mr. Obama could easily regain momentum - here as well as overseas. Until then, however, he risks being viewed as a president who is over-extended domestically, and may not have enough time or energy to focus on global issues, no matter what he promised last year. Call it the difference between a politician's campaign promises and reality.