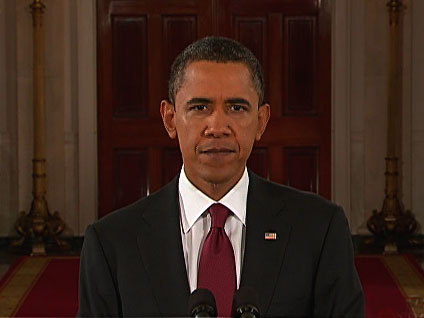 President Obama said at a press conference Wednesday that while he is willing to work with Republicans to refine the health care bill, it would be "misreading the election if we thought that the American people want to see us for the next two years relitigate arguments that we had over the last two years."

Republican have almost universally called for the bill to be repealed and replaced, and nearly half of voters in exit polls yesterday said they favored repeal. Incoming Republican House speaker John Boehner is claiming a mandate to repeal the bill.

The president addressed those exit polls, saying they also show that "one out of two voters think it was the right thing to do."

He said while "we can tweak and make improvements on the progress that we've made," as with any legislation, he doesn't think Americans want to repeal popular provisions like barring insurers from refusing to cover people with preexisting conditions or dropping people when they get sick.

"I don't think that you'd have a strong vote for people saying, you know, 'Those are provisions I want to eliminate,'" he said.

Obama: People Saw "Overreach" in My Actions
Obama Press Conference: Obama Cites "Danger" of the White House and the "Bubble"
What's Next for Obama and Congress?
"Slurpee Summit" on Horizon for Obama & Boehner?
Obama's 2010 "Shellacking" is Like Bush's 2006 "Thumping"


"Now, if the Republicans have ideas for how to improve our health care system, if they want to suggest modifications that would deliver faster and more effective reform to a health care system that, you know, has been wildly expensive for too many families and businesses, and certainly for our federal government, I'm happy to consider some of those ideas," he said, pointing to a provision that he said may require too much paperwork for small businesses.

He added, however, that he stands by the law overall, citing as one example of its importance a woman in New Hampshire with cancer who doesn't have to mortgage her house because she can now get health insurance.

When he comes across stories like that, he said, "then I say to myself, 'This was the right thing to do.'"