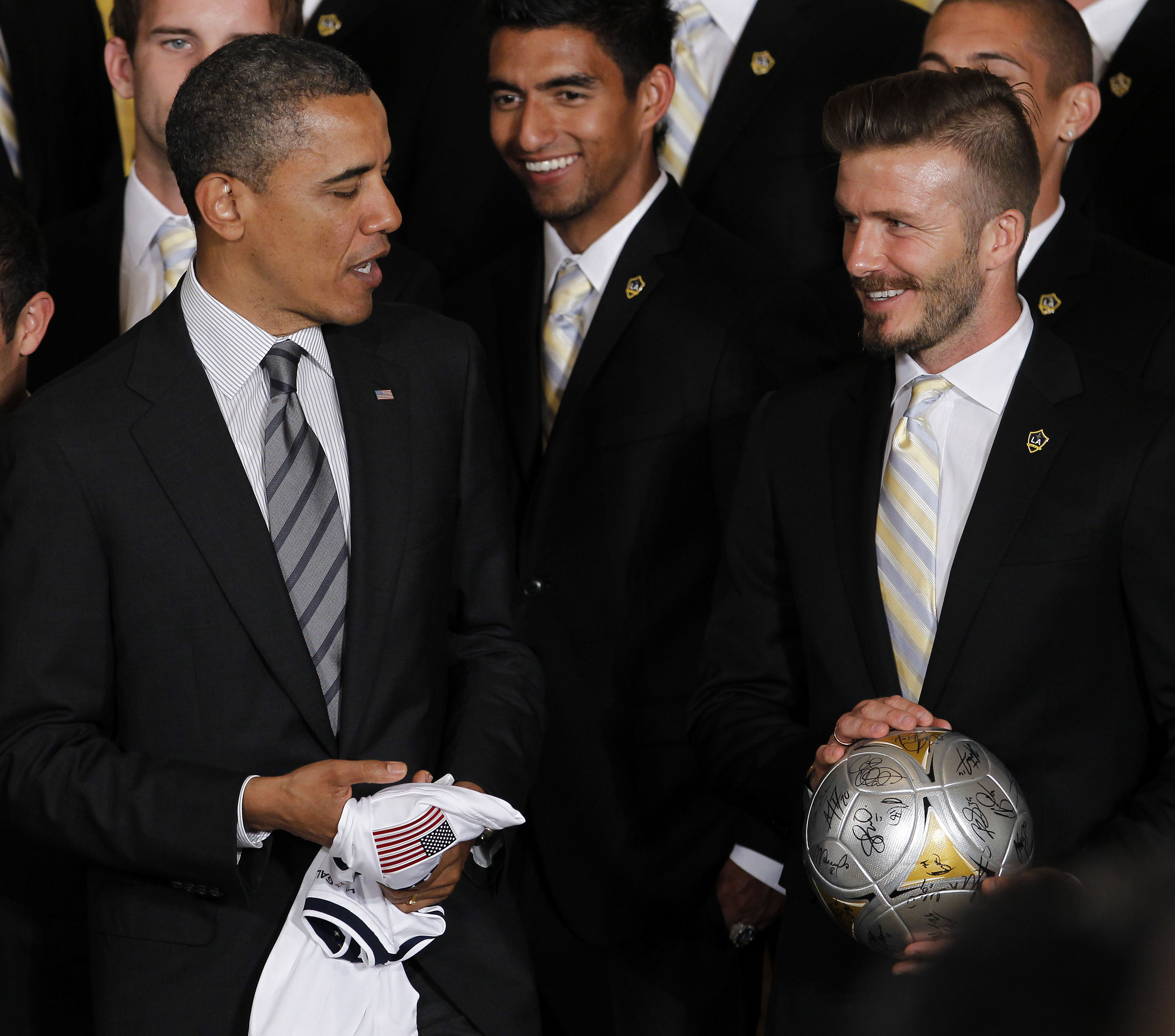 (CBS/AP) WASHINGTON - President Barack Obama is ribbing soccer star David Beckham over his age and his outside interests, saying it's a "rare man who can be that tough on the field and also have his own line of underwear."

Obama welcomed Beckham and the Los Angeles Galaxy to the White House Tuesday to celebrate their third Major League Soccer Cup. The president joked that the star-studded Galaxy, led by Beckham, midfielder Landon Donovan and forward Robbie Keane, are the "Miami Heat of soccer."

In November, the Galaxy's three superstars won their first MLS Cup together with a 1-0 victory over the Houston Dynamo.

Obama told the 37-year-old Beckham that half of his teammates "could be his kids. We're getting old, David." The president said the model and athlete was "holding up better than me."

Beckham generated attention in February when H&M aired ads for his new undergarment collection during the Super Bowl.