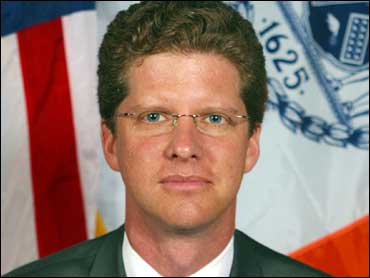 Obama praised Donovan's record at the New York City Department of Housing Preservation and Development, where he managed a $7.5 billion plan with a goal of putting a half-million New Yorkers in affordable housing. The Harvard-educated architect also kept foreclosures to a minimum in the city's low- and moderate-income home ownership plan, with just five out of 17,000 participating homes.

"We can't keep throwing money at the problem, hoping for a different result," Obama said during his radio address released early Saturday. "We need to approach the old challenge of affordable housing with new energy, new ideas, and a new, efficient style of leadership. We need to understand that the old ways of looking at our cities just won't do."

While the mortgage crisis has threatened cities, Obama said it also provides a chance to rethink how the Cabinet agency can help urban residents. He said Donovan, who also has a degree in public service from Harvard, will bring "fresh thinking unencumbered by old ideology and outdated ideas."

Obama's selection of Donovan marks the 11th post he has filled in his cabinet, in just over a month since his election as the nation's first African American president. Still to come are announcements of his selections to head the Central Intelligence Agency, the Environmental Protection Agency, and the departments of energy, education, interior, labor, transportation and agriculture.

HUD often has been led by someone who is a minority. Latino groups were pushing heavily for Diaz, following in the footsteps of Clinton appointee Henry Cisneros of San Antonio, Texas. Bush picked Mel Martinez of Florida, a Hispanic, and Alphonso Jackson of Texas, an African American.

Even the rollout of the selection - announced at 6 a.m. Saturday via e-mail and later in Obama's Saturday radio address - broke with how Obama has announced previous Cabinet positions. For his other appointees, Obama invited reporters to a news conference, along with the nominee, and took questions.

Obama's last news conference on Thursday, to introduce former Senate Majority Leader Tom Daschle as his pick for Health and Human Services, was dominated by questions about the corruption scandal swirling around Illinois Gov. Rod Blagojevich, who is accused of putting Obama's Senate seat up for sale. Obama has said he's confident none of his aides were involved in any of the alleged deals.

New York Mayor Michael Bloomberg named Donovan, a New York native, to head the city's Department of Housing Preservation and Development in 2004. He has been the point person for implementing Bloomberg's plan to build and preserve 165,000 affordable housing units for 500,000 people by 2013. It is the largest housing plan in the nation.

Donovan took a leave-of-absence as New York's housing commissioner to campaign for Obama.

Before working for Bloomberg, he worked at Prudential Mortgage Capital Company. And before that, he was deputy assistant secretary for multifamily housing at HUD during the Clinton administration. In that role he was the government's chief administrator for managing privately owned, government-subsidized housing. The housing subsidy programs provided over $9 billion annually to 1.7 million families. He also oversaw some 30,000 multifamily properties with more than 2 million housing units.

Donovan, 42, has a reputation for finding new ways to create and preserve affordable housing. As New York's housing commissioner, he spearheaded the creation of the $200 million New York Acquisition Fund, a collaboration between the city, foundations and financial institutions. It is intended to help small developers and nonprofit groups compete for land in the private market.

He was acting commissioner of the Federal Housing Administration during the transition from Clinton to President George W. Bush.
By Associated Press Writer Philip Elliott