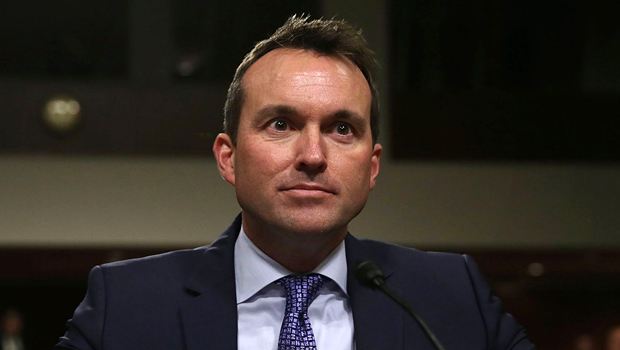 WASHINGTON -- The Senate Armed Services Committee has confirmed the first openly gay leader of a U.S. military service, voting Thursday to approve the nomination of Eric Fanning to be Army secretary.

But it's unclear when the full Senate will take up Fanning's nomination.

President Obama nominated Fanning to the post in September. The committee moved ahead with Fanning's nomination after the Defense Department delivered copies of work-related emails that Fanning and Defense Secretary Ash Carter exchanged over Carter's personal unsecured email account.

The committee met in January to consider Fanning's nomination shortly after he stepped down from the job in an acting capacity.

Committee members had expressed concern a federal law governing requirements for filling openings that require Senate confirmation would be violated if Fanning continued as acting secretary. The committee chairman, Sen. John McCain of Arizona, said Fanning's resignation "cured" the problem, but the committee adjourned without voting.

The committee's approval comes as the Obama administration works to eliminate barriers to military service based on sexuality or gender.