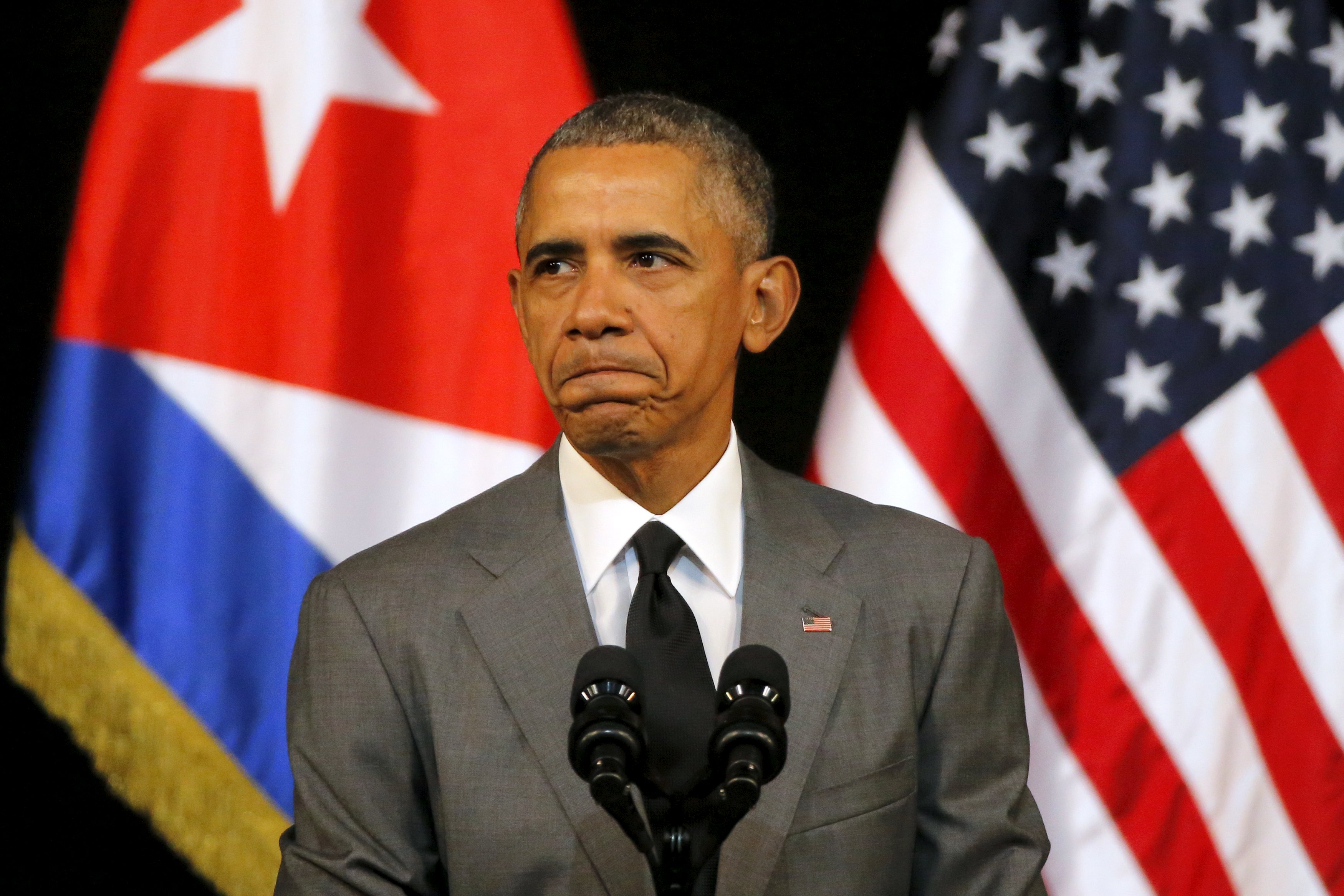 President Obama on Tuesday condemned the terrorist attacks that left at least 36 people dead in Brussels earlier in the morning and expressed a commitment to help bring those responsible to justice.

"The thoughts and prayers of the American people are with the people of Belgium and we stand in solidarity with them in condemning these outrageous attacks against innocent people," Mr. Obama said during a speech from Havana to the Cuban people.

His remarks came only a few hours after a series of terrorist attacks struck Belgium's capital, which is also the heart of the European Union (EU). Two explosions went off at the city's international airport and a third explosion occurred in one of the city's metro stations near the EU.

The president emphasized that the "world must unite" and said the U.S. will do whatever is necessary to support Belgium and bring the terrorists behind the attacks to justice.

"We must be together regardless of nationality or race or faith in fighting against the scourge of terrorism," he added. "We can and we will defeat those who threaten the safety and security of people all around the world."

Before his remarks, Mr. Obama spoke to Belgian Prime Minister Charles Michel by phone to offer condolences on behalf of Americans, the White House said in a readout of their conversation.

Mr. Obama told Michel that the U.S. will offer any assistance necessary to investigate the attacks.

"The President reiterated that the United States stands together with the people of Belgium, as well as NATO and the European Union, and once again pledged the full cooperation and support of the United States in our shared commitment to defeat the scourge of terrorism," the White House said.

A White House official said earlier in the morning that counterterrorism adviser Lisa Monaco informed the president about the explosions in Brussels and that U.S. officials have been and will continue to be in close contact with their Belgian counterparts.

Secretary of State John Kerry and National Security Adviser Susan Rice are also with Mr. Obama in Havana and are tracking information from there and are in touch with authorities.

In a statement from Kerry, he said the U.S. Embassy in Brussels is "making every effort" to account for every American citizen in the city.

A U.S. law enforcement source told CBS News that at this point there are two U.S. Citizens confirmed injured and one State Department employee currently unaccounted for.